Four jobs I have had in my life:

Four Movies I would watch over and over again:

Four places I have never gone, but want to:

Four songs on the CD player right now: I mostly only listen to iTunes.

Four places I've been on vacation: I've mostly only taken semi-local weekend trips, but there've been a few others:

Four of my favorite foods are;

Four places I would rather be right now:

places where I'd be warm and/or have money to spend...

Your turn, Hepkat, Patty, allison, robert. If you're about, give us a shout.

What method do you use to prepare your coffee or tea?
Submitted by AgentBouche.

This implies I use only one method. Which, honestly.

Are you sensing a pattern here?

For coffee, I mainly use a French press. I make it double strength, sweeten it, and add a lot of heated milk or cream. So it's pretty much cafe au lait. But we make iced coffee with cardamom in summer, and sometimes we try new recipes for mochas and so forth.

For tea, it just depends on the tea. Different teas require different steeping temperatures and times, and then, too, you have to factor in whether it's loose tea or bags. I have a tea cabinet with about 10 or 15 varieties at any given time, because this family loves tea, plus we have some for comfort, such as licorice for my asthma and for throat troubles, ginger, kombucha, and lemon for soothing tummies, peppermint for the same, plus it's good for colds, and then there are some black teas, some smoky, some mild. Always Earl Grey, of course. Right now I have some Lapsang Souchong, but I think I'm the only one who will drink that. And two of my kids are crazy about chai, so we have some spicy teas for that.

In the summer, I make a tea with fresh lemon balm and spearmint leaves, steeped on the stove for 10 minutes in water that was heated to just short of boiling.

Here are some communication issues I'd like to see addressed over the next few months in everyone's lives.

I have noticed that when you ask the people how many levels they mean, or what the difference is between these levels, they're generally quite put-off. Or else they just ignore you for being some sort of dolt.

I adore hyperbole. I really do. But the current use of it reminds me of George Orwell's statement on the use of metaphor. "A newly invented metaphor assists thought by evoking a visual image, while on the other hand a metaphor which is technically 'dead' has in effect reverted to being an ordinary word and can generally be used without loss of vividness." Put another way, saying "on so many levels" all the time about everything renders the phrase impotent, and frankly, tiresome.

Well, really, now is the perfect time to tell you, all you dear readers and writers, to read this essay excerpt on making good language choices.

He makes me feel so lazy, but I agree with every word. Some of his examples are outdated, but they should remind you of many that are used and overused in today's vernacular. And by vernacular, I really just mean speech. :-)

This brings me to my next pet peeve of the era, the term "issues." We've all got loads of them. They are our excuse for everything, and I've come to loathe the word. In fact, when I used it in my first sentence, I cringed, until I realized that was a legitimate use of the word. It still feels a little slimy, but I left it there to prove my point.

Issue originally meant "bring forth," but when I looked it up just now to be certain I wasn't making that up, I found that dictionary.com lists 28 common definitions for the word, and several others which are archaic or idiomatic.

Think "magazine issue," or the issue of blood coming from the chick in the crowd who was healed by Jesus when she touched the hem of his garment. The 6th definition sort of relates to how the word is commonly used now, "a point, matter, or dispute, the decision of which is of special or public importance: the political issues." But all the rest have to do with proceeding, distribution, and the like.

My "issue" with the word "issue," is not the false use of it, however. It's the continual use of it. When you say to someone "I've got issues with that," what are you really saying? You're saying you disagree. Well, why don't you just bloody disagree? British readers, feel free to translate "bloody" into "fucking," if that makes you more comfortable. ;-)

Here's the problem. We've emasculated our thoughts, so afraid to offend by merely disagreeing. To disagree in our supposedly polite society is to denigrate the views of the other person or group. BUT THIS IS SIMPLY NOT TRUE. You denigrate your own views by watering them down this way in order to placate those who hold different ones. You subjugate the value of your opinions, which leads me to believe you don't hold them very strongly. Why bother, then?

The other misuse of the term is the psychological application of it. We're all psychologists these days. Everyone has issues with everything they don't handle well. Having issues means it's something not entirely within your control. I have some issues of my own. I have issues with acrid and sour smells. They make me start to puke, so I don't like to be around them. I have issues with bureaucracy so I avoid phone calls, forms, and formal procedures as much as possible. I have issues with competition so I don't enjoy "reality" television.

The first problem, the smell thing, that's physical, and it's always been there. I can't get attuned to it. And since I actually am now allergic to many forms of mold, it's probably self-protecting, since mold smells are akin to those I've always felt sick around. But then, it's not an issue, is it? It's just a problem; sometimes a minor annoyance, sometimes a situation to avoid.

Those other issues aren't problems. The red tape thing, that's borne of a reserved nature and some bad experiences. It's a reaction. The competition thing, possibly the same set of causes. It's not an issue, it's a preference.

But I get to call them all issues.

You might have more serious issues, like alcoholism, dyslexia, or fear of bacteria, but really, they're all the same at this point. When you call every challenge or annoyance an issue, you kind of make them all the same, don't you? They're just a lot of elements in life that you can't, or won't, or don't know how to control. Three different problems, all mushed into one vague ball of wax.

Language matters. It really does. I could blame the internets for the watering down of it all, but obviously Orwell, and C.S. Lewis, and many other fine writers of past eras have commented on the same problems. I suppose we're all just more hopelessly aware of the situation now that everyone can fire off an electronic comment on any topic they choose, using tired and vague terminology and then backing it all up with the ubiquitous YMMV. That means "your mileage may vary," of course, and is virtually the same as saying "I've got issues with that, on so many levels. But it's okay if you don't agree with me in case you weren't clear on that!"

I was going to redress my "issues" with irony and the use of "ironic" in this essay as well, but I think it deserves a separate post.

What did you dream about last night? 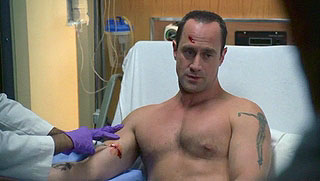 Ducktales: Episode II - The attack of the ducklings

What are five books that changed your life?
Inspired by Ms. Genevieve.

I--don't know about changed my life, exactly. Here are some that inspired me. There are many more than five, of course, but this time I stuck to the parameters of the question.

The Dark is Rising, by Susan Cooper

The Giver, by Lois Lowry

Now the problem with this is that four are fiction and one is not. That bothers me. But the one is important, which means I'd have to come up with four more of those, and another fiction to balance things out. And then I'd have ten, bringing me back to my original problem, you see? The other problem is that one is a "store" link, but there was nothing to be done for it. I give up.

Show us your favorite framed photos.

I have to say, I don't really understand this one. But I participate nonetheless!

Bwframes
That's a poor photograph. I just wasn't up to bothering. On the left are my Aunt Marie, and my mother, whose name was Concetta. That photo is from about 1937. In the center is their father, Joe Spano. That photo was taken at his wedding, which was around 1925. On the right is my great-grandmother Lillie Worrell. She was my father's grandmother. That photo was taken sometime in the 1960s.

The one below is my youngest son, when he was around two. He is eight now. 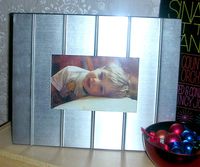 What are your Superbowl plans?  What's your prediction and why?
Submitted by danatmedog.

Monk Marathon on USA. Then I suppose I'll watch Craig Ferguson's live show at 11:30. The tie-wearing and his new obsession with football are a tad annoying, though.

I predict it will be a relaxing and enjoyable evening with my family. Then we can watch the game ads on YouTube tomorrow.

Audio: What song do you listen to when you are sad?
Submitted by Nat.

Well, gee whiz. How about the one I just posted? And also, several from my playlist on here, Soul Bossanova, Mahna-Mahna, Whirly Girl...But just for fun, how about this one? 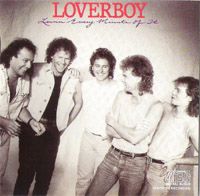 Lovin` Every Minute Of It
Loverboy

Wait. The tag says a sad song? Why would you listen to a sad song if you're sad? Whatever.

Having nothing to do with my earlier post, cause that's how I roll...

(that phrase will never stop cracking me up) 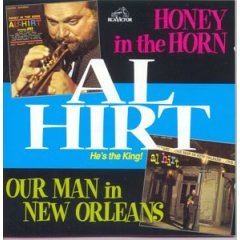