Show us the one thing that unfailingly makes you smile, no matter what.
Submitted by Sourire.

The one thing, eh. None of that.

Here's something funny, though.

"I sneak myself towards the suspicion sir has cast me as the mouse in his ever-popular cat drama." 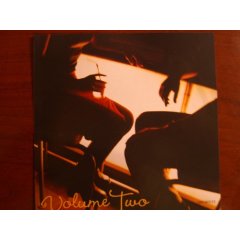 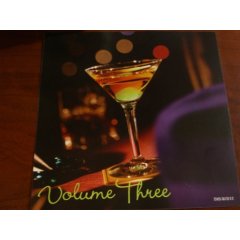 A few days ago I was in my grocery store. You know, the closest big one. I am gratified that the closest big one is really good, and so I happily call it mine. Plus, they sent me valued customer coupons for two free reusable bags. And I have three others I bought. They're much better than the old canvas-y bags stores used to offer. I don't know why I've never seen anyone else using them there. Even the ones you buy are only 99 cents. In the old days, they were pretty expensive, for no good reason I can name.

Anyway, I noticed that metal cup holders had been attached to the right side of the cart handle. It just cracked me up, so America, to have cup holders on, you know, pretty much everything. But I enjoyed the idea. I do sometimes have a bottle of water or even an occasional latte with me when I shop.

Nearly all the stores have coffee shops in them, of course. One chain in this area has Dunkin Donuts, and another has Starbucks in their larger stores. Most of the others have either a store coffee shop, or a little self-serve area next to the bakery. So my first thought was that it was offered for convenience, and to sell more coffee.

Today when I went in there, I saw that the coffee shop had been ripped out, and there's a big sign up that says "Starbucks coming soon." So that really explains the cup holders. I wonder if the other chain with Starbucks in it got them, too.

It's pretty hilarious. Fairly awful. Yet also somehow delightful at the same time.

I use the green bags from that store, and it keeps me going to that store; the name is printed on them, and it is a good store, so there you are. When I get the plastic bags from Target, I save those and we collect our recyclables in them to take out to the blue bins. The Target bags are better than most of the other store bags for that purpose. So between those two stores, I do most of my shopping, and am able to do a little reduce, recycle, reuse.

I have also noticed that two more companies are using versions of Mah-na Mah-na in their TV ads. That's cool by me; I never get tired of that. But maybe other people do.

You might remember this weekend was the time I was going to start updating the family album blog. Well, I'm having a strangely fussy net connection, and have been unable to do anything with any file, and everything is terribly slow. It took forever for this page to come up at all. It probably won't last much longer, though. (Whoo, I'm editing this to say I think things are speeding up again, so I'll be able to do that in the morning. I'm tuckered, for now.)

So--I'm left-handed. I kind of feel discriminated against with these cup holders, but I guess that's just one more adaptation that will cause my brain to form superior cross-hemisphere connections. :-)

Show us your craziest or funniest self portrait.
Submitted by djgk.

I am sorry. I wasn't crazy or funny. But I'm sharing it anyway. Maybe I'll try again when I'm in a better mood. 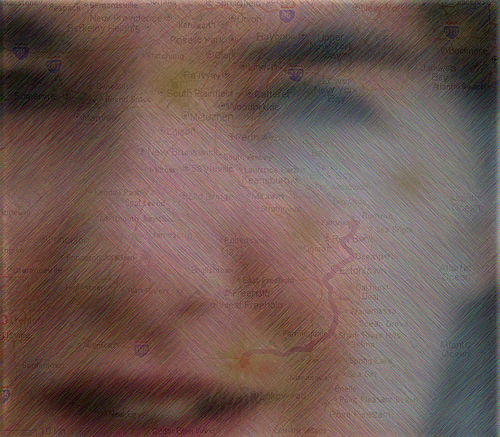 When I was about 16 or so, I listened to this record every day before going to school.

I Made It Through The Rain
Barry Manilow

QotD: Stop Me If You've Heard This One

What's the infamous story people tell about you?
Submitted by Cherney.

I thought it might be fun to ask the people I know what stories they ever tell about me, because it seemed to me that they do, and would enjoy sharing one, even if it was at my expense.

I collect shopping lists, actually, that people leave behind in shopping carts and so forth. Also, handwritten notes. My daughter has a collection of her own that she plans to start sharing on the internet sometime.

But here's what's really on my mind, especially now that I have to wait 5 or 6 weeks more. 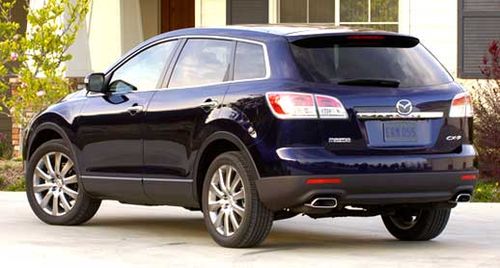 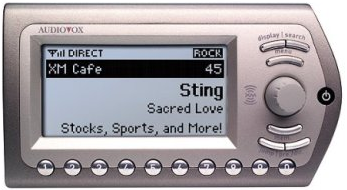 Xm
I love XM radio. I make excuses to drive my husband's car so I can listen to comedy, old radio shows, and the AT40. This new car comes with a built-in Sirius option, but I'm getting a portable XM radio instead so we can just do the family plan. Also, XM has baseball, while Sirius does not, at least until the merger happens. Baseball is important.

This portable unit is nice-looking, comes with a car kit, and has a remote control, so that you can put it wherever you need and not take risks in order to operate it. 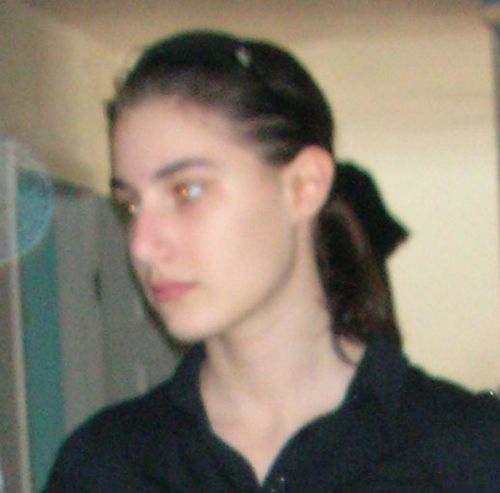 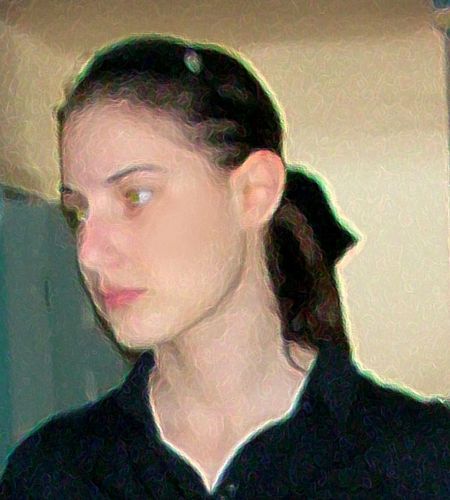 Filterportrait
This has a brushstroke filter applied to it called "accented edges," then I used the eyedropper to pick up some of the existing colors and deepen them. I painted over her eyes, and then decreased the brightness and increased the contrast. Then I enlarged it a little bit.

This one is silly, of course. I imagined it as one of those super-close-ups they give you of a detail section of a crowded painting. If I wanted to take the time, I'd do it over differently and make the pixellation more random. 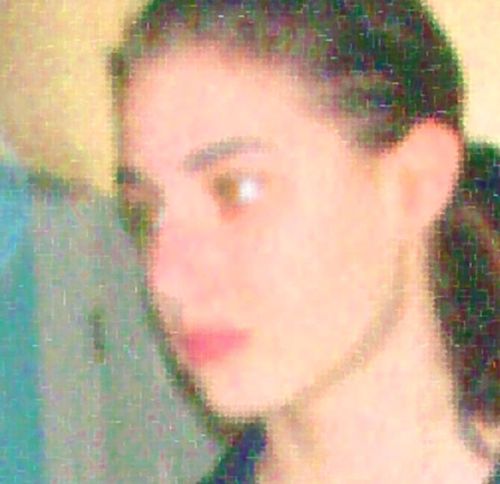 I understand there's a fairly inexpensive consumer version. I get all my stuff through the man, so I don't know the details of cost, etc. I also understand there are PC knockoffs of the original PhotoShop, but I know nothing of those. You could look into them.

Here's a bad photo. I rotated it, reduced the size to 25%, and saved it as an optimized file, so it would load more quickly on the web. 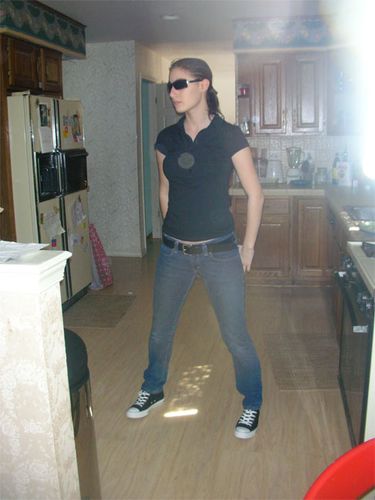 DSCN7336
And here is the same photo, turned into an acceptable though not really good picture, by using 5 or 6 other simple PhotoShop tools. It's a bit grainy, but nice enough looking. 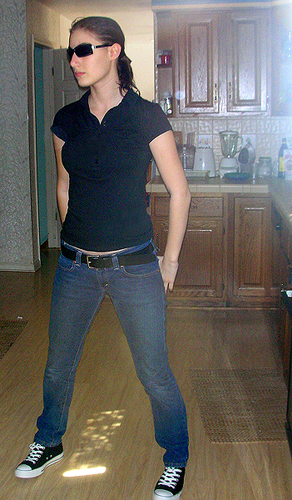 Koolkat
So imagine what you can do with a photo that was actually good to begin with? Also, I sometimes take a bad photo, and just crop out everything but one best area. Other times I apply crazy filters to a bad photo, in order to make it visually pleasing in another way. I will add examples of those here after my nap.

But for now, here are two more okay pictures for today. The first one was taken by another of my daughters, and was very blurry, so there was only so much sharpening that could help. The second is an ordinary-looking photo, but I erased two things in the background; a bathroom scale and some errant cords hanging from the aquarium. They are two different boys, by the way. 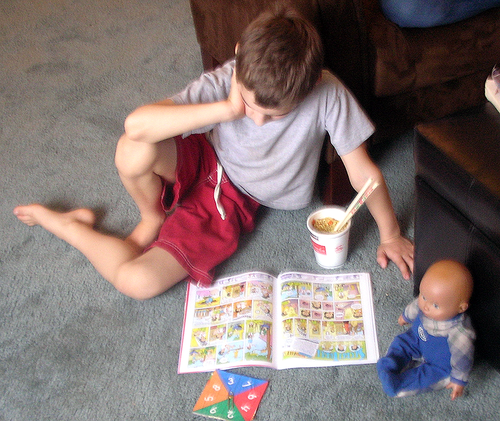 Wikipedia got me thinking about the difference between terminology and jargon. The former is mainly written; the latter is mainly spoken. When jargon is written, it needs context in order to be understood by those outside the group in which it originally coined. When terminology is spoken, the same need arises.

We all use 'net terminology these days. But now and then I'm starting to hear very young people say, aloud, "wtf?" or "omg." That's just as problematic as written jargon, though for an additional reason. Beside the fact that it presents an "insider" code to outsiders, possibly without context, it also just sounds extremely silly, unless used with liberal quantities of irony. And when is the last time you encountered a young person who truly understood the use of irony? Most people take awhile to develop that skill, many never do. :-)

Here's a quote from wikipedia on the use of jargon, which sounds like it could have been spoken by one of my excellent high school English teachers, "Jargon to the outsider usually comes across as pedantic, nerdy, and divorced from meaning."

My husband has spent over 20 years in the advertising industry, mainly in the business-to-business sector, and most recently in the pharmaceutical field. You would be hard-pressed to find a more jargon-addled world. When he uses business-speak at home or while we're dining out, I have to remind him that these terms are not common to an outsider. He spends so much time in that world, it's easy for him to forget that the world at-large is not privy to the code.

And when he, on occasion, claims that everybody knows what x or y means, I gently remind him that his daily environment is fairly insular, and that everyone else is off somewhere else forming codes of their own.

What is, or used to be, your SSB (secret single behavior)?
Submitted by Dee.

No one has any idea what this even means. I just clicked on the view answers button, and the typical response is, "What the hell does this mean?"

First, regarding a previous QotD, if anyone is reading this besides my neighbors, a "greasy spoon" is a truck stop, or in some places, a diner. It's an old-fashioned term that always bothered me when I was a child. But there you are. Probably the person who submitted that question is a little older than some of you, and maybe from the midwest or south.

Now, SSB? First of all, just stifle, Archie, with the initials. There are too many in the new internets age, and we're all tired of trying to keep up with them. And this precious attitude of assuming we're all "in the know" if we abbreviate everything is obnoxious.

No offense, Dee, because I am guessing you didn't invent this term, and thought it would just be a fun thing to discuss. But jargon is useless unless we all have some common ground to stand upon. It's internal language, you see, a sort of groupthink form of communication. And in certain circumstances, it's great stuff. But for the world at-large, regular English will do an even better job.