Loser of the week?

Yeah, I'm looking at you, Isaiah Washington. You said this, you really did, so don't go pretending later on that you didn't.

"Well, it didn't help me on the set that I was a black man who wasn't a mush-mouth Negro walking around with his head in his hands all the time. I didn't speak like I'd just left the plantation and that can be a problem for people sometime(s.)"

I don't know what you think you said, but I'll tell you how it sounds to everyone else. To everyone else, it sounds like you just accused a whole lot of black folk of sucking up to Whitey in order to keep their jobs in the house. You just accused all the other black actors who do their work each week without offending their fellow castmates, of bowing and scraping in order to not be sent farther south in chains.

Here's a roundup of some my favorite black characters of the 2006-2007 season. The thing is, I had to think real hard about this, Mr. Washington, because, in my puny head, my enjoyment of them really had little to do with where their ancestors first appeared on the earth. Harper
Guess it's a good thing for my television enjoyment that they're mush-mouthed Negros, since they'll all still be on their shows this coming season. Yes, these are supporting or ensemble characters. I can't personally turn the world into a place where the lead character's background is always completely colorless, but the way I see it, you're not doing anybody any favors either, Mr. Washington, with your witless, self-righteous blatherings. So shut up and call your agent. 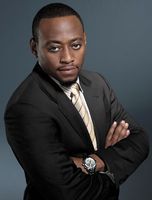 Show us your favorite photo from last summer.

All last year's photos are on my computer, which I still can't use for a few more days. Here's one I posted a few months ago that I really like, though, so it can bear repeating. 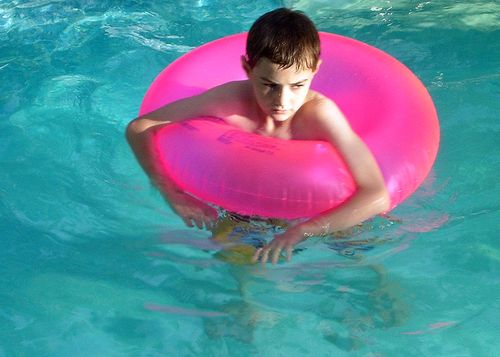 QotD: What I Love About Summer

What do you enjoy most about summer?
Submitted by Alex.

I have to answer Alex's question! But gee whiz. I like everything about summer that separates it from all the other seasons! It's warm and shiny and green and things are growing and smelling good and I don't have to wear a lot of clothes or shoes, and I want to embrace it all.

I might have more to say about that later on.

What movie cliché would you most like to live out in real life?
Submitted by Wes.

Many seemingly chance encounters with a handsome, slightly older man in a foreign city, some rain, a train or a boat, a tiny and meddlesome but loving housekeeper who speaks a dialect I can't always make out, leading to an amusing but easily resolved misunderstanding about his relationship with the woman who turns out to be his sister, and a really big family dinner at the villa we now will share for the rest of our days. Or at least a while.

Arch disdain, the lyrics to a number of Roger Miller songs, and how to develop a keen sense of the absurd.

I can also teach you to bowl.

word to your mother

This rating was determined based on the presence of the following words:

That's completely messed up. I shudder at the fascist state of the union when words can be age-rated out of context. Or, you know, just rated at all. Plus, dude, they didn't even pick up where Cap'n said fuck the other day. Or the whole weekly nonsense about who we'd all have pretend sex with. I know, it's just a little game. But honestly. No.

Hole in the Ground

I haven't heard this yet, but Bookmole requested it, and I have access to a lot of music, so here we go. :-)

Hole In The Ground

Several friends are currently mentioned in

How cool is that?

I have so much to say I don't think I'll say much of anything.

The Mets are in rain delay against St. Louis, with my summer boyfriend Tom Glavine going for his 297th win.

I would like for there to be rain here.

I have a headache.

this looks like a fun spot to hang. I have enjoyed what I've read so far. Here are some haiku I wrote a few years ago, that I still feel pretty good about.

fragrant petals yawn
lily moistens from within
nectar on my tongue

the morning in haiku

I have a poetry blog that I haven't had time for lately. I intended to do a couple of these as warm-up, then work on a piece of writing I've had sitting around for awhile, but they didn't go anywhere good, plus I got way off track. I thought you might enjoy them, though.

Haiku traditionally include a nature element, but laziness is more of a tradition for me.