I promised a low blood sugar post and some recipes, and I've just been in a strange mood all week, not wanting to confront anything remotely serious, plus kind of wool-headed from some sinus condition I seem to have developed. I will get to that, for those who were interested, but possibly not until tomorrow night at the earliest.

I haven't been able to do the bike much this week because of this irritating sinus trouble. I've still been trying to walk. Mysteriously, I have lost a little weight, at least 2 pounds, and if I stay on the path, only have 10 more to go. I was concerned that the exercise wasn't burning enough calories, but had completely forgotten it also increases your metabolism. So hurrah for that.

It hasn't been easy to reduce sugar, but I have done so a little. I've been simply eating less, as well, though I've never been a real food hound. I still need to eat more fruit, but it's not easy this time of year, as the summer fruits are the ones I prefer, highly.

What I'm trying to do is only eat things that I fully enjoy. There's a book on that subject, sort of irreverant, but it makes some good points. I only read it quickly at the bookstore a couple of years ago, it might be at a library, called The Martini Diet. I'm not saying it's the path for everyone, but she makes some excellent points about  how we waste our calories on unsatisfying food a great deal of the time. She got me thinking, anyway, about really savoring all that I eat, not just at special occasions, and not eating foods that do nothing for me except fill an empty space.

I just did some math here to learn my body fat percentage is 27.5%. For my age, that is between good and fair. I would rather it be between good and excellent, which would require losing 2-5% body fat.

Today I spun on the bike for 22 minutes, and did 9 minutes of some stretching and a wee bit of calisthenics. This adds up to less than 250 calories expended. But I'll be coming along, and will start doing intervals next week.

I found an interesting calorie burning calculator here. It was better for me than most, because you get to put your own weight and time spent exercising in. But I don't really know how to judge between moderate and vigorous, with the bike on the trainer. That's why I'm going with intervals next week. Plus, they'll help me get stronger.

31 minutes of exercise while wearing the iPod turned out to be inspiring. It now occurs to me that I can exercise every day and it's not really, you know, such a big deal. It's like my high school senior year morning gym class, only without the quirky Fame-esque outfits and the public showers, but *with* an iPod. In the afternoon. It's sort of cool.

Here's the playlist I used today:

Tomorrow I'll switch the Nirvana for something speedier, and add three warm-up songs.

First I decided I would limit dessert to weekends. If I give it up altogether, I—won't. Also, I am not giving up alcohol. I don't have all that much anyway, but when I work the numbers, a gimlet or some bourbon with a cherry gives me as much pleasure and much less sugar than most any dessert I enjoy. I am trying to otherwise compensate for the sugar I miss by eating food that makes me happy, like olives and whole grain bread and ricotta, but it's sort of expensive.

I've also been drinking more water, lots of Pellegrino, which is very satisfying, but haven't done much else to fix up my eating day. I plan to eat more tuna and salmon, at lunch. I have not found anything I can stand eating early in the day, though, other than a sweet drink made with hot milk. I hate to chew in the morning, don't like yogurt until late in the day, and can't have the pure sugar of juice so early. Sometimes I can eat oatmeal, but not often.

Yesterday I walked briskly for about 20 minutes, and today I spun on my bike for 10, but will do another 10 later. I would estimate that's 2 miles of exercise each time. After the spin, my heartrate was up to 120. I just read it should be about 124 for aerobic exercise, which I really need, also this:

. Maybe I can work up to that if I remember to do this every other day. I was just about to start some Pilates when my back got bad, so I want to get back to that, as well. I also plan to do some arm exercises with my 5 lb weights. I want to get to exercising for 30 minutes every day. 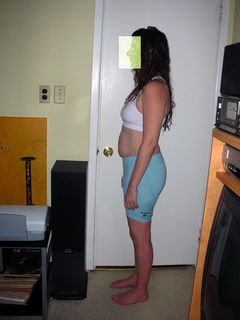 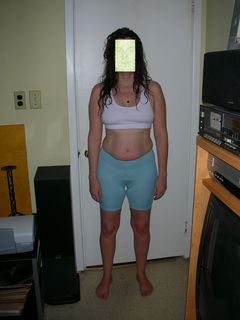 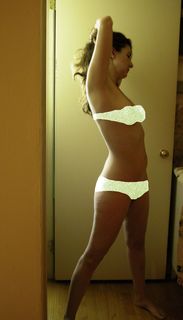 I have been searching for something for over a week, and finally had to take a different path.

So here is bread... that this house may never know hunger.

Bread
Salt... that life may always have flavor. 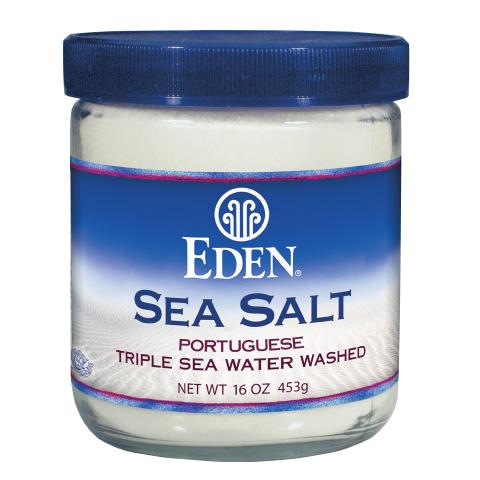 Salt
And wine... that joy and prosperity may reign forever!

Nailing my thoughts to the door

So I have this simple meal setup that I got, I think, from the federal government. It tells you how big serving sizes are in each food group, how many to have each day, and when to eat them. It's for a moderately reduced calorie day.

I never eat that much food. I wonder how people do. But it seems so well-planned, I'll post it if anyone is interested. I eat unbalanced food, is the problem. Rarely eat fast food, almost never drink soda. Low caffeine, low-to-moderate alcohol, never use mayo, don't put cheese on sandwiches, eat whole-wheat bread but not much, eat very little pasta or rice, not much meat. Avoid corn syrup assiduously. And yet, my day is unbalanced. I eat too much sugar and not enough vegetables, though I like them well enough.

I have a belly that sticks out. I never had that before. In the past, if I gained some winter weight or lazy weight, it was just sort of all over. Now I have that, but also a belly. It's daunting.

Four weeks ago, I weighed my most ever at a non-obstetric doctor visit; 141 pounds. Totally freaked me out. Before this past year, I'd never thought I'd ever weigh over 130 again. I gained over 10 pounds in one year. And I'd gained 5 the year before. See, I spent the year before I turned 40 getting to my perfect weight. Then a few things happened, and not only did I lose the ground I gained, I lost some of the ground next door as well. Lost 9 pounds, gained back roughly 17.

I've been told time and time again it takes 21 days to form a habit. I'm here to tell you it only takes one day, the 22nd one, to break it. I'm a master at that. I am habit-averse, except for a few odd proclivities, and, of course, the basics of hygiene. I could go into the probably why, but that's for another day.

I had free bowling the whole time I was losing that weight. I could bowl as much as I wanted any day of the week for free. I am a fierce bowler, and I'm certain that was a big help. I don't have that privilege now, and bowling is expensive. I have my bike on a trainer, a little Pilates book, and some 5 lb weights. I can't walk outside unless it's at least near 50 degrees and dry, but I do that whenever I can. The rest, that indoor exercise, is much harder. I belong in warm sunshine. Winter hurts me and indoors drags me down.

So right now I weigh 136 pounds. Why'd I lose 5 in 4 weeks? Well, two simple things. One is that I took muscle relaxers just until I was able to move around again, then started moving around again, and two is that, being aware of how bad things had gotten, I did manage to reduce some of the laziest eating I'd been doing. As you may well know, it's a cinch to lose 5 pounds. All the pounds after that are the hard ones.

At the end of 12 weeks, I'd like to weigh 127. And I'd like to weigh 124 to feel my very best. When I reach the 12 week goal, all my clothes should fit again, unless the tummy issue is from some entirely other situation. I don't really think it is. But at my age, getting stronger is the biggest issue, so it's not going to be a matter, as in the past, of just cutting out the stupid foods and only eating the ones that count. Exercise will be a bigger key from now on.

What I plan to write about here is the real problem within me; an inability to properly care for myself, and some reasons why. Please, though, I ask to not be psychoanalyzed. I don't need it. My goal in doing that is simply to think through it all, and for others to relate who are in the same or similar situations.

In addition, I will offer some simple recipes and suggestions for healthy snacks, breakfasts, and thoughts on what I've learned by dealing with low blood sugar over the years. I can guarantee past usefulness, even though I am a very poor role model these days.

In a few days, I'm going to post a link to a funny picture of me in my underwear. You can choose to have a look, if you like. Then I'll post another in a few weeks, to see if anything changed. That'll be my carrot or coal determiner.