Kyleigh's Law is stupid and bad and idiotic

I felt, literally, sick to my stomach today as I prepared to drive to the MVC to pay the state for a law named after someone's emotional pain. I can't remember the last time I've been this angry, and felt this powerless to usurp bad logic, prevent injustice, and retain the right as a parent to make decisions for my own family.

My daughter got her license shortly before her 18th birthday. We took the time to make sure she was a great driver before allowing her the privilege of driving our family cars. The NJ legislature is negating our parenting decisions.

The red sticker is only third on the list of why my blood is boiling.

1. As a parent, it is reasonable for me to allow my 18 year-old daughter to attend a 9 o'clock movie with her sister, or hang out with friends, getting home by the original midnight driving curfew. The NJ legislature has removed this parenting decision from me because of teenagers who broke at least three of the provisional driving laws.

2. My daughter has younger brothers. NJ legislature has removed my decision as a parent to let her take two of them to a Little League game or out for ice cream, because of other parents who did not monitor their teens' activities closely enough.

3. Yes, she's very nervous about having to drive with the scarlet emblem on the back of my car. But because we don't have much money at our house, we can't afford true civil disobedience by not attaching the decals at all, as many have stated they will do, risking $100 fines for non-compliance.

Of course, kids who broke the laws before will continue to break them. My law-abiding daughter and her siblings will be serving their sentence for them for the next six months. Other responsible families, especially large ones, will continue to serve that sentence until this hopelessly bad law is repaired or repealed. 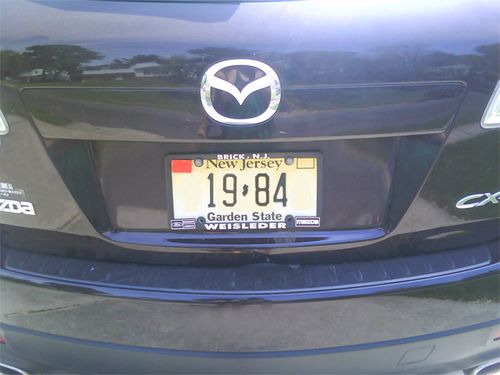