Every year in November I add a CD or a few songs from here and there. I've added four so far this year, thinking of where there are gaps I can fill in. 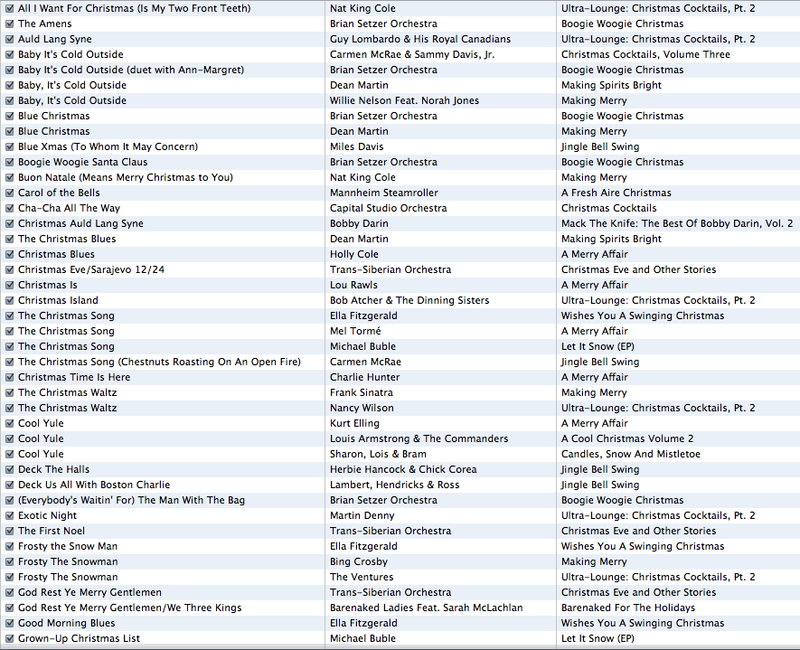 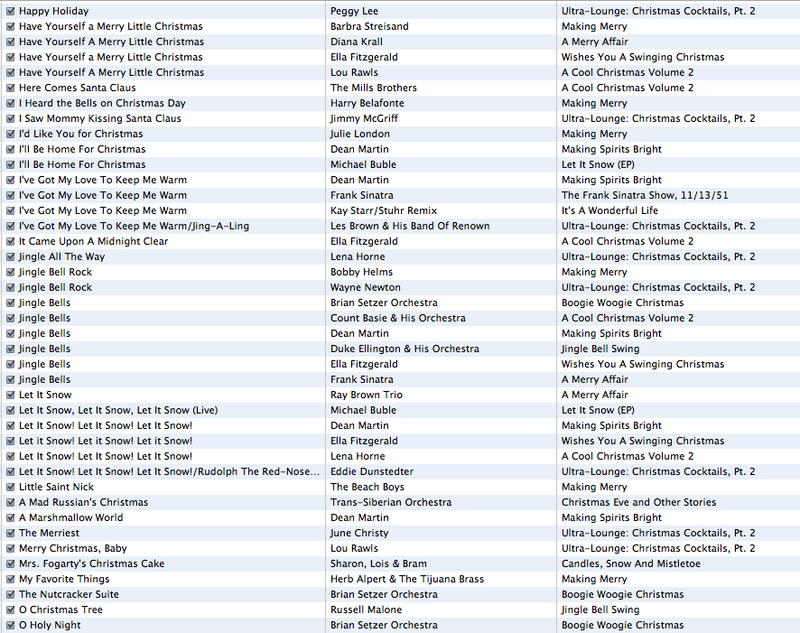 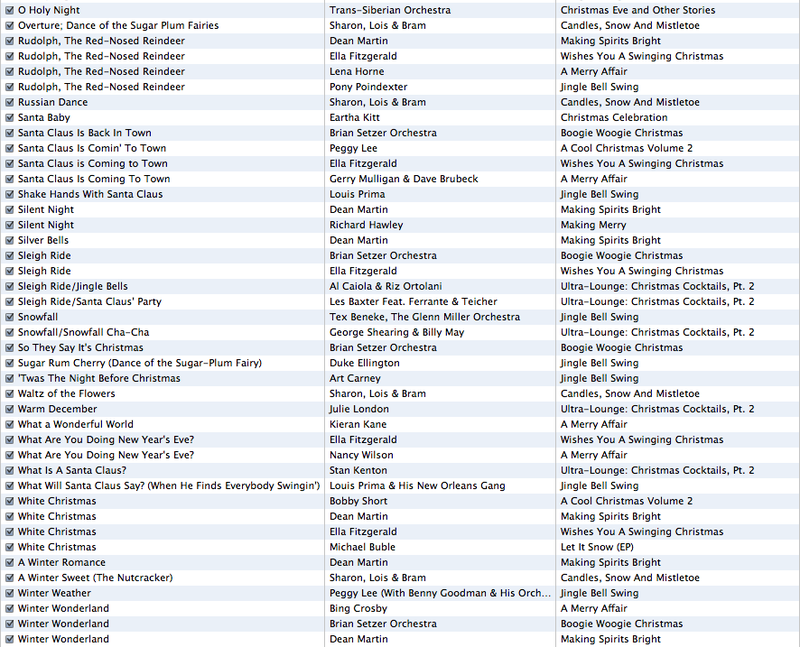 I don't care for much sacred Christmas music, except a few that are good to sing along with. No dirgy or yodely-sounding stuff (which eliminates most contemporary singers.) Mostly I like the ones about winter and snow and being merry.

Sometimes when I am ill?

I forget to brush my hair. 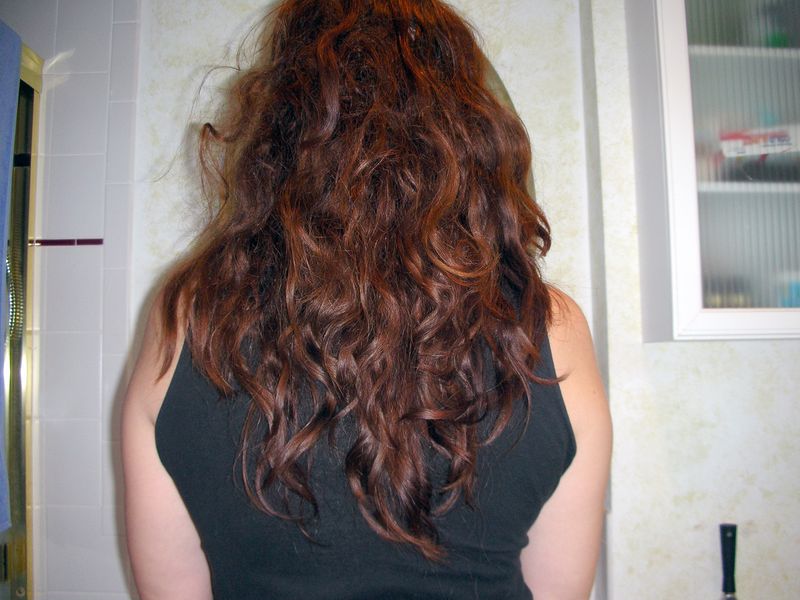 It gets to be a problem after awhile. But I'm too tired to do more than notice right now.

Oh, today. Pet photos. And the holidays that we wish are happy.

The bronchitis is settling in nicely, by which I mean not at all nicely, more like heavily, overbearingly, achingly, tiresomely. Because I've been ill and therefore mentally challenged this week, I am three days behind on NaNoWriMo. I can catch up and succeed, of course. But it's less joyful that way. Maybe not. We'll see.

I'm mostly alone in the house, just another sick person, only she has a sinus infection instead of bronchitis. This is the hardest-hitting cold any of us had in years, probably. Two recovered in normal time, two sinus infections, one seems to have avoided that but is still taking longer to get over it, and my thing, which isn't new for me, but it's been a few years since the last time I had it. The other part-time resident may just now be getting the cold. It is, of course, to be hoped that is dispelled swiftly.

The new kitten is in the hall. 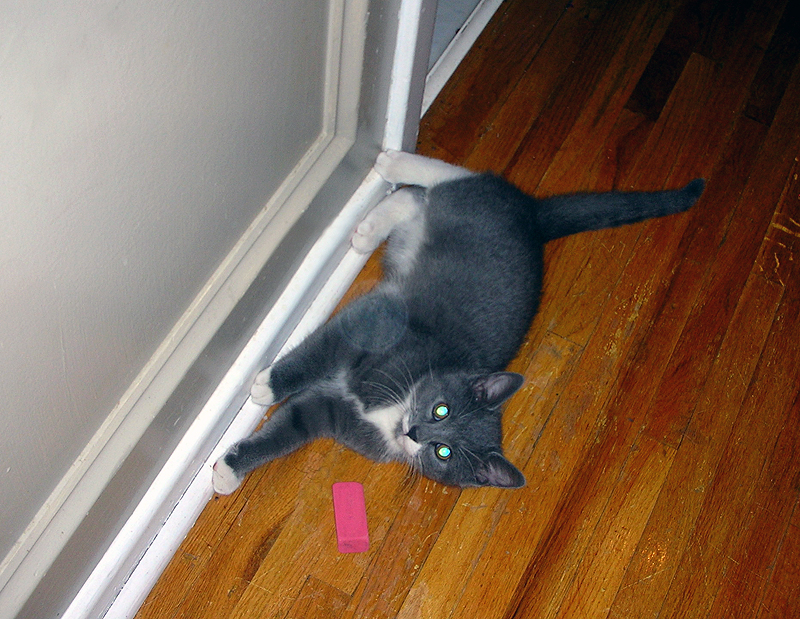 The young dog just loves him, but in a possibly unhealthy way. He's a big dog and he could squash the young kitten, who isn't afraid of him, without meaning to. So I'm trying to keep them apart without having to actually get up. But Young Kitten is at a stage in which he needs to explore more than just one room. And Young Dog is still new at making tiny friends. 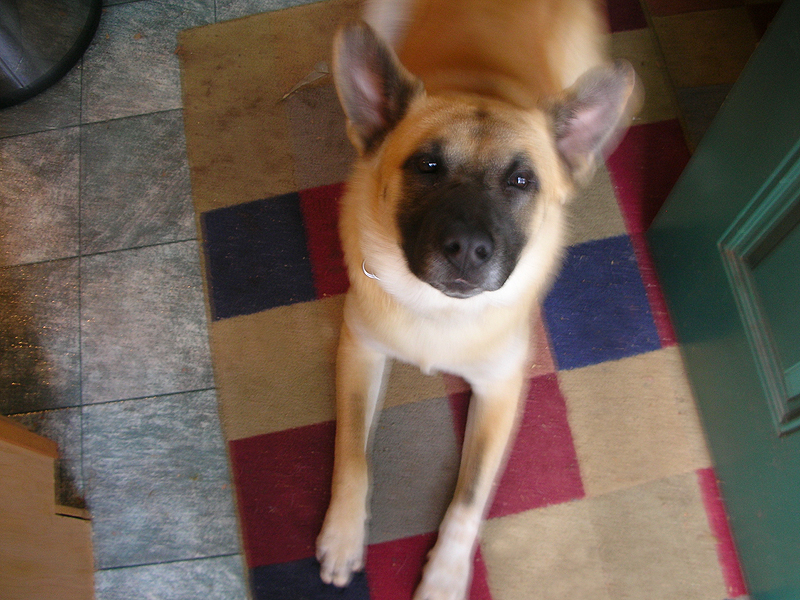 Old Dog is currently having daily foot baths because he injured a toe and it didn't heal on its own; chalk that up to diabetes. Otherwise, he naps. Middle-Aged Cat just hides, which is all she's ever done, really.

I never wanted pets. But I have kids. Kids kinda need pets, so.

Well, we have tropical fish, as well? I thought that was pet enough, but I'm the only one who thought so. You can set up and keep fish fairly inexpensively, by the way. It's one of those hobbies that can be as expensive or inexpensive as you decide to make it. Anyway.

None of this is what I meant to write at all.

You probably know that the word "holiday" comes from "Holy Day," of which historical people counted very many. The "12 Days of Christmas" were holy days, for example, and people would wish each other good ones.

Here in America, the holidays are pretty much Thanksgiving to New Year's Day, with some still extending the period to Epiphany (following the 12th day,) on January 6.

For decades, during the "shopping season," people here went around wishing each other "Happy Holidays!" They weren't devaluing Christmas; they were just including the others, as well.

Now that we are aware of other holidays some people celebrate, it's even more apt.

I read yesterday that somebody was mad that businesses took advantage of a religious tradition to sell more stuff, but then backhanded it by not saying the word Christmas all over the place. (Usually just some of the place.)

All I really have to say about that is that I was reared with religious tradition, and none of it included the concept of shopping. At no time was I taught, "Buy shiny things in the name of Jesus!"

It's like global warming. Over the years, the name has become the problem. Scientists now say "climate change," because they're referring to a range of rapidly changing phenomena that seem extreme and potentially dangerous, not just the gradual heating of our atmosphere.

We celebrate Christmas, but for most of us, it's not Christ's Mass. It's generally a cultural holiday rather than a religious one, more akin to Thanksgiving than to Easter.

And this is because, of course, the religious component of Christmas, no matter how historically specious, is separate from the shopping and overeating. If anything, religious Christians should be glad there's a bit more holiday than Christmas in shopping ads this decade. ** They can concentrate on forcing cities to unconstitutionally promote a religion by putting nativity scenes on public property, instead.

**Except that it's always been that way, only recently waxing and waning each season depending on who shouts at which retailer to pander to this group or that group in the name of their own personal bugaboos.

This looks like it would take a long time to read. But it won't. It's bits of fluff, quickly flicked away.

Every couple of days I go read my own Twitter stream to review whether I've been obnoxious or dull. When I realize I've just been blathering nothingness that isn't even funny, I pull back on the reins. Anyway. I found it all rather funny this week so I thought I'd share.

The meta concept tickles me sometimes. Like in my NaNo attempt this year, I'm writing about someone attempting to write a book in 30 days, and some of her writing struggles are paralleling my struggles, but also her book character's romantic struggles are paralleling her own struggles, and yet I'm trying to make it not really self-conscious, because that would be dreadful to read, and also it's not all that deliberate, it just seems to be happening.

So here are some conversation halves or thirds. You could puzzle it all together at Twitter, but I don't know why you would unless you have nothing left in life to do. And when I hit the publish button on here, this post will be sent to Twitter, so...that's how the ball spins. If it might amuse you, scroll down and read from the bottom up. 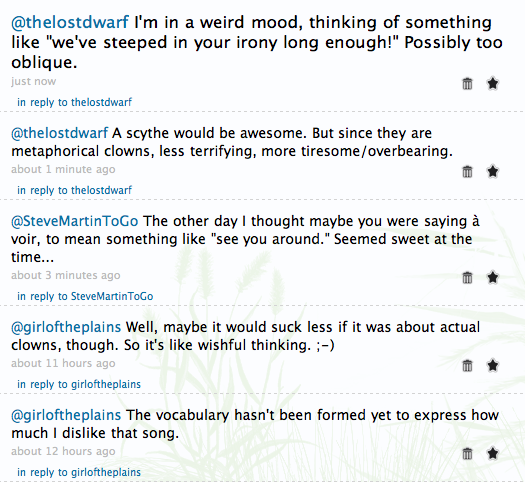 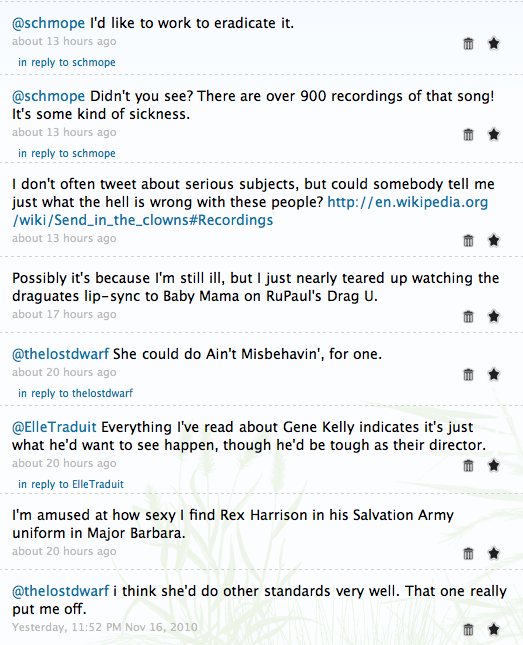 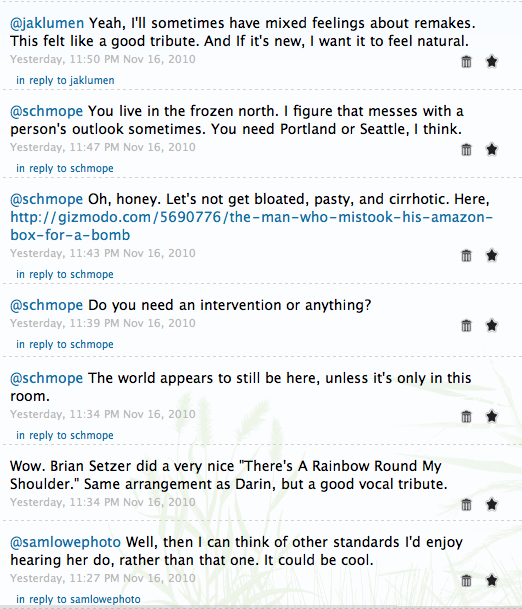 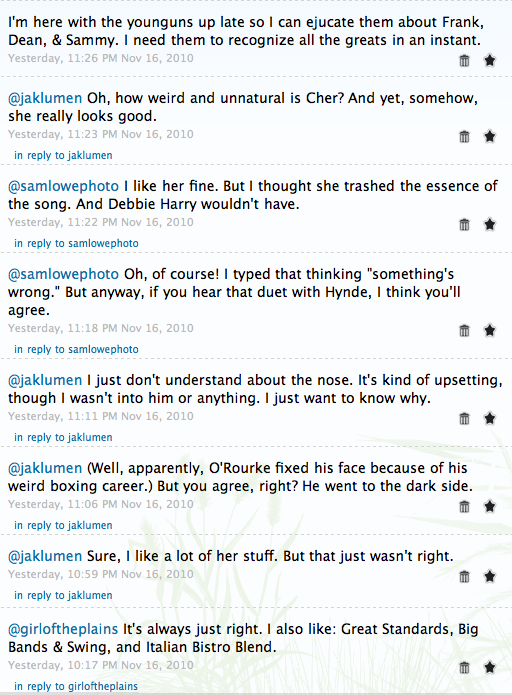 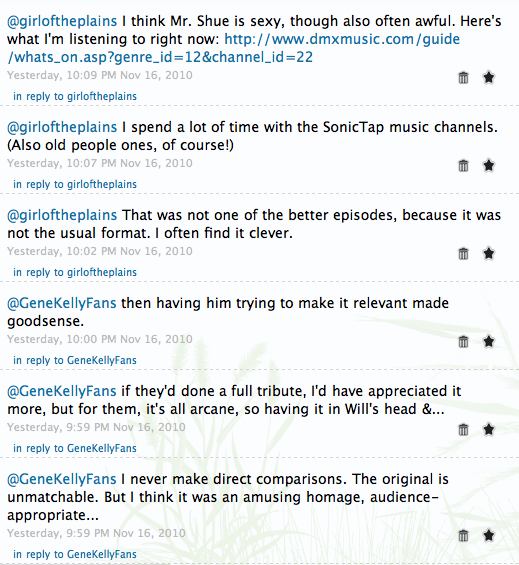 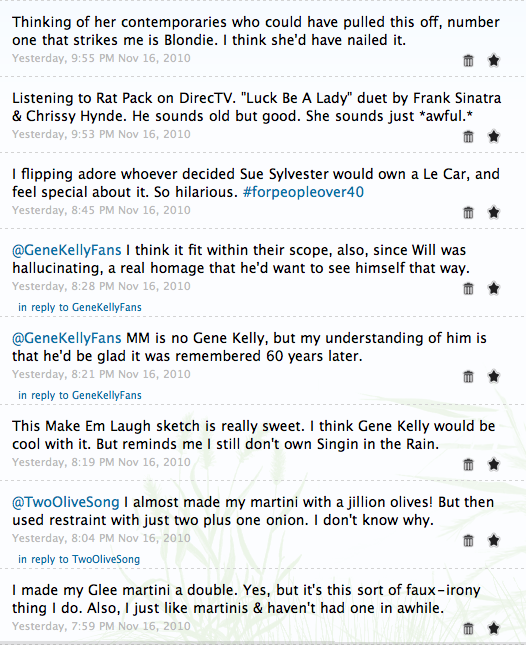 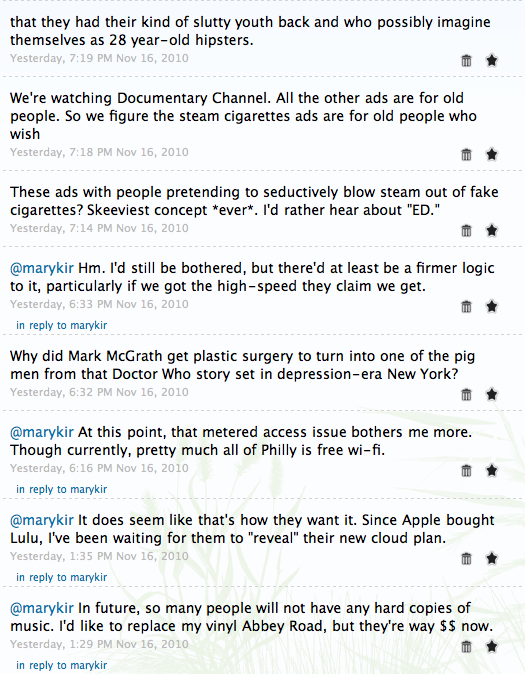 Why start/finish NaNoWriMo? (wherein I copy and paste...

...because why on earth would it be healthy for me to waste word count explaining it? I have 1300 words to write tonight!)

This guy does a good job of it, instead. If you're doing NaNoWriMo, you received this in an email. Anyone else? Read up, it's worth it.

Way down deep in the dark archives of my hard drive, I have a folder called Follies, which contains an impressive collection of abandoned stories: There's the zombie apocalypse novel about corn genetics, the sequel, the one about the Kuwaiti American bowling prodigy, the desert island novel, and many more. These stories have only one thing in common: They're all about 25,000 words.

Why do I quit halfway in? I get tired. It's not fun anymore. The story kind of sucks, and it's hard to sit down every day and spend several hours eating from a giant bowl of suck. And most of all, like the kid who spends hours preparing plastic armies for war, I enjoy setting things up more than I enjoy the battle itself. To finish something is to be disappointed. By definition, abandoned novels are more promising than completed ones.

You have likely reached the moment in this insane endeavor when you need a rock-solid answer to the question of why, precisely, you are trying to write a novel in a month. You have likely realized that your novel is not very good, at least not yet, and that finishing it will be a hell of a lot less fun than starting it was.

So quit. Quit now, or if you're among the many of us who've already quit, stay quit. Look, we are all going to die. The whole species will cease to exist at some point, and there will be no one left to remember that any of us ever did anything: Our creations, all of them, will crumble, and the entire experiment of human consciousness will be filed away, unread, in the Follies folder of the great interstellar hard drive. So why write another word?

Sorry. I reached the halfway point of this pep talk and tumbled, as one does, into inconsolable despair.

Here's my answer to the very real existential crisis that grips me midway through everything I've ever tried to do: I think stories help us fight the nihilistic urges that constantly threaten to consume us.

At this point, you've probably realized that it's nearly impossible to write a good book in a month. I've been at this a while and have yet to write a book in less than three years. All of us harbor secret hopes that a magnificent novel will tumble out of the sky and appear on our screens, but almost universally, writing is hard, slow, and totally unglamorous. So why finish what you've started? Because in two weeks, when you are done, you will be grateful for the experience. Also, you will have learned a lot about writing and humanness and the inestimable value of tilting at windmills.

Something else about my Follies folder: It contains the final drafts of my novels Looking for Alaska, An Abundance of Katherines, and Paper Towns. They are follies, too—finished ones. Whether you're reading or writing, there is nothing magical about how you get from the middle of a book to the end of one. As Robert Frost put it, “The only way out is through.”

So here's the pep part of my pep talk: Go spit in the face of our inevitable obsolescence and finish your @#$&ng novel.

John Green is the New York Times bestselling author of Looking for Alaska, An Abundance of Katherines, and Paper Towns.