When you think no one likes you, when they work hard to make that clear, it's hard to keep the spirits up. I loved clothes, loved fashion, and was good at it. So that was my thing, that and music. But girls would find little ways to pick at my fashions and insult my music as they did everything else about me. I dunno. I was lonely.

My teeth stuck out. (For awhile when I was older, I had them fixed so they didn't. Now they do again.)

My confidence kept growing even though it had no reason to. I mean, it was just in there, and I saw no reason to not like myself despite whatever seemed to be the prevailing attitude. So I was confused.

I'm still confused. I'm still hard to love, I guess, and I'm still lonely. But I still like me and enjoy my company. 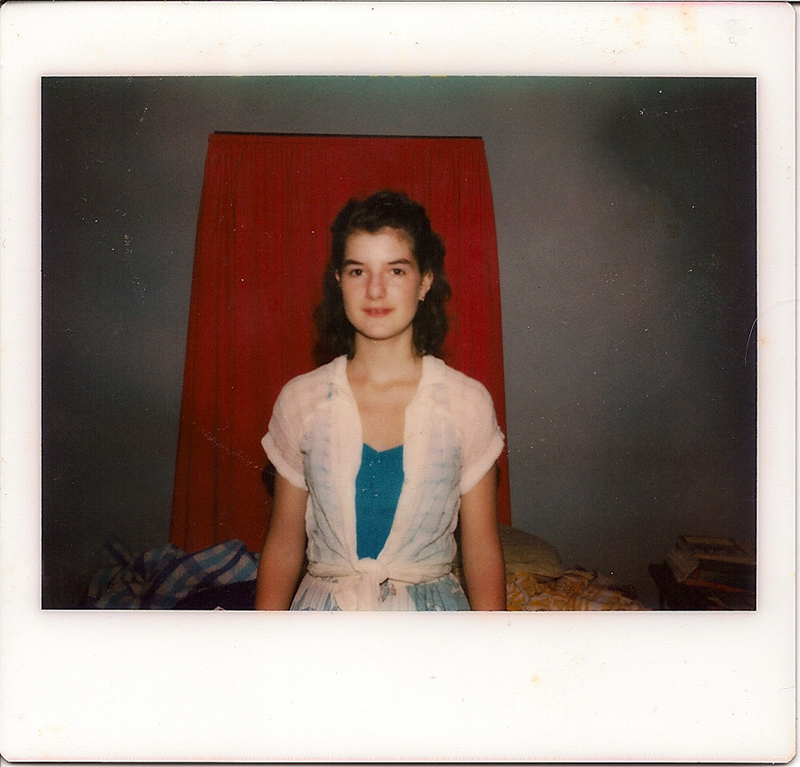 Still dress well and still listen to the coolest music. Just for me, not for anybody else, though I'll gladly share. I don't have an invisible target on my head anymore, but I still feel the wounds sometimes.

Soon I'm going to help people with both internal and external wounds. I haven't worked it all out, but I'm in the genesis of a pretty cool plan. Stay tuned.

World In My Eyes

Under the Milky Way

Someone Somewhere in Summertime

The Bed's Too Big Without You

The Whole of the Moon

Something rather than nothing

Artie Shaw is playing, and I’m wishing there was a tie here that needed loosening. But it’s just me and the angry cat, who is snoozing her life away on the corner chair, probably dreaming of killing one or more of us so she can lap up our blood in tyrannical satisfaction.

There’s no use hiding the fact that in my imagination, the tie is being loosened from around the neck of someone who looks exactly like Bill Holden. He’d be 1950-attired right down to his skivvies, whatever passed for those 60 years ago. Um, no. Make it 1954, when the profile was leaner, the tie was longer, the shoes more casually elegant. Or elegantly casual, is probably the thing I mean. He smells faintly of shave lotion, Wildroot hair oil, laundry soap, the glass of Scotch he had at the train station bar before the ride home. The combination is subtle, yet coaxing. The back of his neck is sunned except right at the hairline, which is crisp, razor-sharp from a lunchtime visit to the barber. I know the texture of that skin so well, I can almost feel it under the weight of my fingertips as I press these keys.

The tie is discarded, collar unbuttoned, and he leans in to hum lightly in my ear as he pulls the clip from the back of my head, letting my hair cascade onto my shoulders and down my back.

I just realized it’s no longer thundering or pouring rain outside. The wind seems to have calmed, as well, and the silence is palpable after an evening of water hitting the roof, pouring out of the drains, rattling the windows—no, not quite silence, but it’s all background noise that emerged when the rain ceased. The clock ticks, the cat snores, the old TV hums as I’ve muted the music channel in order to properly think some of these things through. And asthma lingers. You can’t tell your lungs that since the weather has improved, they should instantly work better. But in 1954, I don’t have asthma, and my sharp intake of easy breath is stopped short as he tips my chin up and kisses me, teasingly tugging on my lower lip, pulling it in, and I bring my arms up under his to grip his shoulders, pressing against him. More thunder rumbles outside, interrupting my thoughts.

Where were they going to go, anyway? I can imagine the roughness of his cheek against my own, and I can imagine the somewhat unusual yet resonant tone of his voice as he whispers silly, intoxicating nothings in my ear. Right now, imagining much more than that would turn this loneliness into a kind of prison, which it already is, and the acute awareness of that is turning my thoughts from sensual fantasy to a kind of inexpressible nihilism. How ironically post-modern of me.

Can I not fully conjur it because it never fully existed? Oh, there’s the rain again. It’s swiftly, in half a minute, built from crawling and clamboring to a full stampede.

She was just my friend, Lisa

I knew it was coming. I couldn't stop it and so I avoided it, while trying hard to face it head on.

All winter I had one stupid virus after another. Afraid to darken her doorstep for fear of passing it along. Finally, I felt I was about to pull out of it entirely. I knew she had oxygen at home, and I know that's bad. Even if nobody was talking about it. I wrote her a tiny note on origami paper, packing all the love I could into a few short lines, folded it into a butterfly, sent it down the street to her. She could see me today, I couldn't come til tomorrow, tomorrow wasn't right for her, I was busy all week.

A week and a day later, strange out-of-state cars surround their house. I take their boy to baseball, knowing, knowing, I missed my chance to see her. I invite him to dinner because I know without knowing, there's no dinner being prepared at home. I leave sunflower seeds and a note at the door for his little brother, whose birthday I missed while ill.

The next day, more cars, no people around. I hold my breath, but don't know what to ask or to say, and there's no one to ask, anyway. And on Tuesday, he shows up at the door, asking for my son to spend time with his son. I call down to him from the window, how are you?

Because, now I really do know. I can't bring myself to say it and I feel like such an idiot, so useless and unable to fix anything. He says, "28 years, Mary, and now she's gone."

And there it was. With me offering stumbling words through the window. Through the fricking window. I'd had a headache, I wasn't thinking, and thought I was prepared? But you're never prepared.

My note was, let's be honest, a tentative goodbye, but I wanted to offer her a real one. Not mushy stupid embarrassing words. Just a frank I love you, you are so cool, thanks for being my friend.

She was anybody's friend who needed her, but we were friends in our own little way, separate from all her heroism and dedication and basic awesomeness. We just, you know, liked each other.

We had not nearly enough time together. Took over a year for each of us to realize the other liked when we hung out. After that, a few great months of some very lovely hits and way too many misses. A couple fun trips to buy plants, and then more hit and miss. Digging and planting and joy, followed by two months of drought. Short reprieve, but then all autumn and winter she tortured herself with more and more chemo and "experimental treatment" until she was wrecked from the inside out. And all that time I couldn't visit. I was afraid of killing her.

Three years she went through that, to keep herself going, for her sons and her husband, and all those hurting wounded people who depended on her to make it better or tell them how to make it better.

She knew I needed nothing from her. I like that. I think she wasn't used to it, though. That was okay.

I brought over a huge pan of lasagna, and pies, and walnut bread. What do I do to help, other than offer food? It is in my blood, the blood of my progenitors. When someone dies, you make lasagna. This weekend I'll make some pizza for the little family left behind after formal mourning and all the food laid out on a table, and the slideshow looping on the laptop, and the house full of in-laws, now more empty than it should be, just a man and his sons.

In a couple weeks I'll start finishing her garden. I started it last year and it should have been a three year project but instead I have about three months. She won't be there watching me work, though some people might say she is, anyway. That's not how I look at things. But it's still hers, and for her I will do what I can for it, though she will not be sitting on the deck above me as I work, getting up more often than energy allows, because her mind just never let her body quit, until it simply couldn't go on. When we say goodbye to the rest of her family later this summer, I want them to know that I loved her, just because she was cool, just because she chose me to be her friend.

Probably, though, I'll never forget giving up the opportunity to tell her that first hand.