through the mirror of my mind 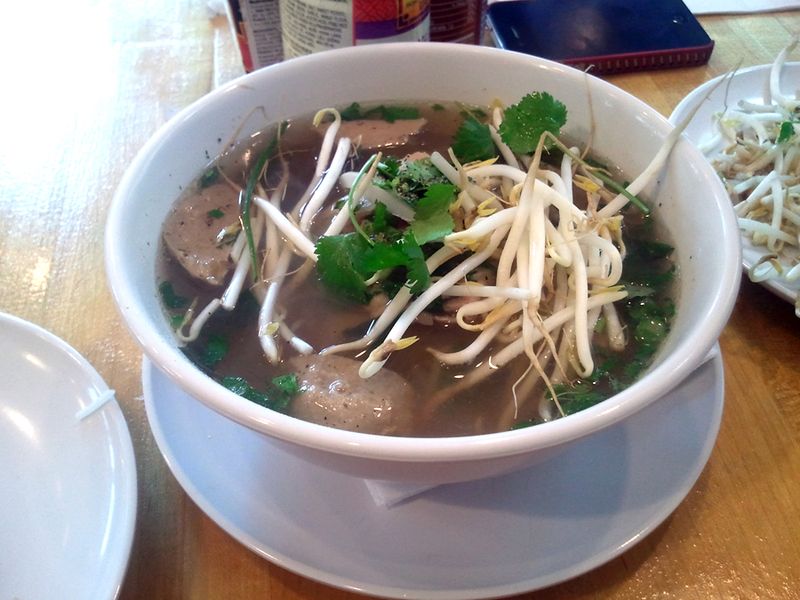 There are always rhythms running through my head. Not like drum beats, more like musical notes without the notes. Except most of the time there are notes, too, and when there aren't notes there are words.

I think one of my sons inherited something of this. When he was a baby, we called him mantra boy because he'd just seize on a sound and chant it for what seemed like hours. I used to very lightly rock back and forth, which the family thought was odd, and maybe it was, and people still catch me doing it, but it's because it's always going. Most of the time, instead of obviously rocking back and forth, I'm pulsing out a rhythm with the muscle at the base of my thumb, but someone will catch me at that, as well. And if I'm occasionally mouthing lyrics my head is singing, then that gets questioned, and I think, "What the heck? Other people don't just subvocalize stuff?" Well, of course they do. I'm a little weird but not that weird. They're just more self-conscious than I am, and their lips never move, I guess. 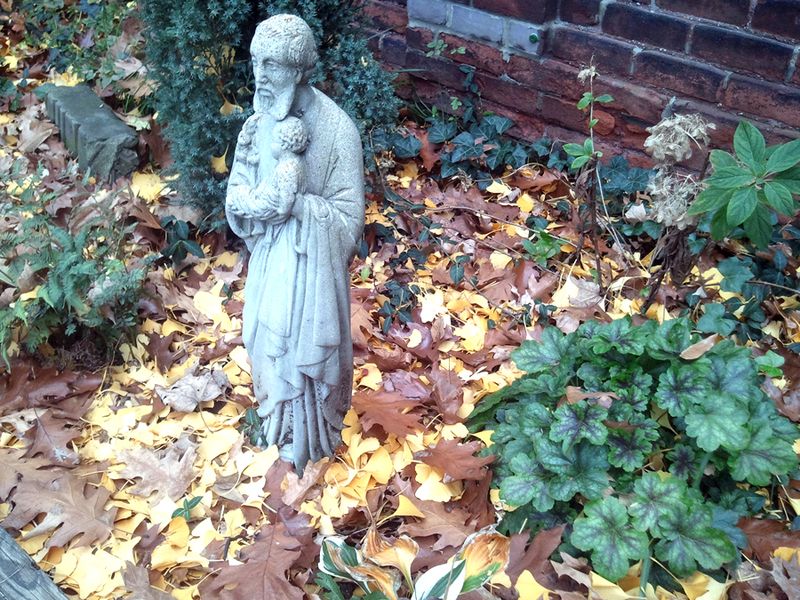 The boy, now 17, is also like me in that he can find music on the keyboard after hearing it once. But he, unlike me, composes music now, and it's all layered and full of rhythm. He took the thing and is making something with it.

My thing is words. I listen to music all the time and my perceptions are shaped by it, but my poetry isn't often lyrical. Sometimes my essays have that sense to them. I like to repeat phrases and patterns in my writing. And, I mean, I love NaNo. It teaches me something every year. But I'm no novelist. I had come to think of my stories and poems as word paintings, but as they're more about essence than about the visual spectrum, they're kind of more akin to music. It's all math, anyway. The universe, conservation of mass, Picasso, Mahler, and your words. All math. But that's for another set of ramblings. 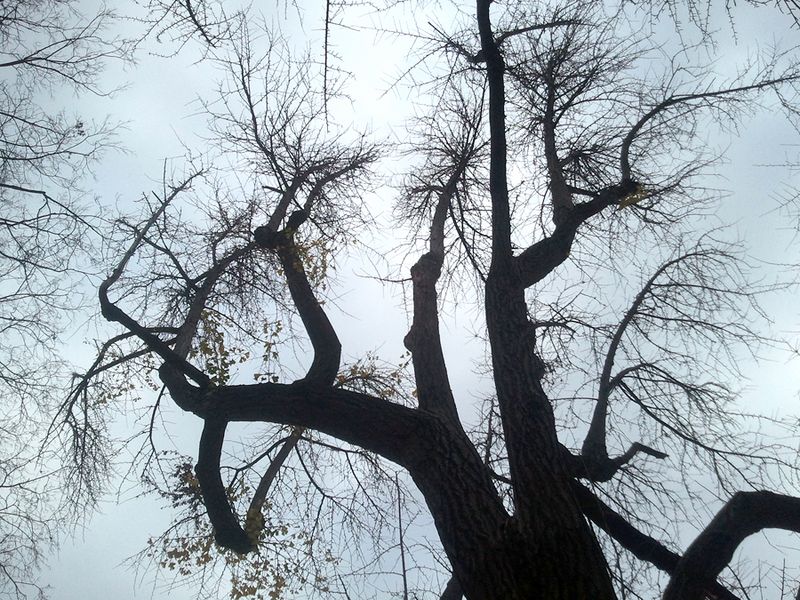 Anyway, here's what I was going to share. This morning, I was calling my coffee maker Mr. Sizzlepants. One of those unconscious rhythms running through my head, I found myself saying, "Hey, Sizzlepants. Leave those kids alone."

So now I have that song plaguing me this morning. It never ceases.

In a couple days I'll get back to my tiny story exercises. Maybe I'm about to figure out what to make of it all, at long last. Time may not be a rigid construct, but other people's perceptions of it are always pressing down heavily. 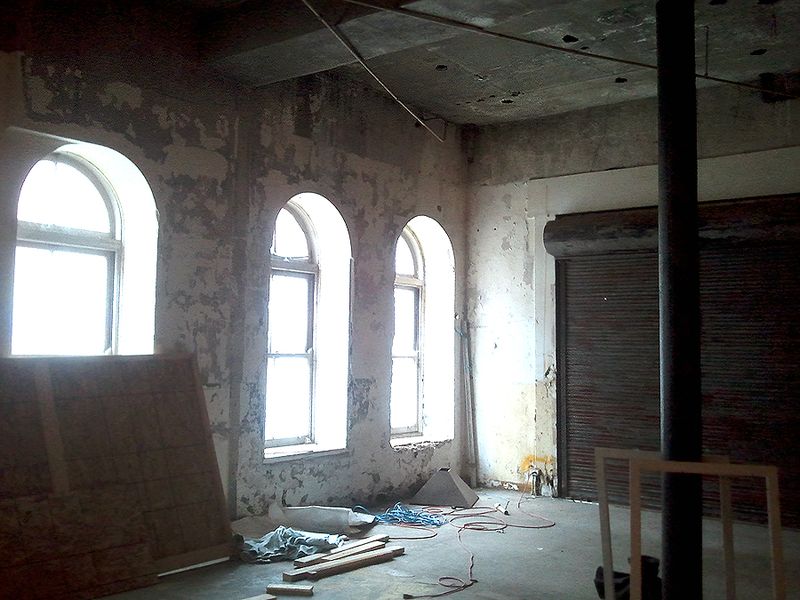 We Gonna Do This Thing: Writing Sanctuary & the Malaise

Today is 20k word day at NaNoWriMo. This morning, my word count stands at 9k. I got bored with it, decided to give myself little creative tasks to do until I was ready to write again. So here I am, having brought the iMac to my little office/study/studio/library (tell me, what would you call it?) and having the weekend before me. 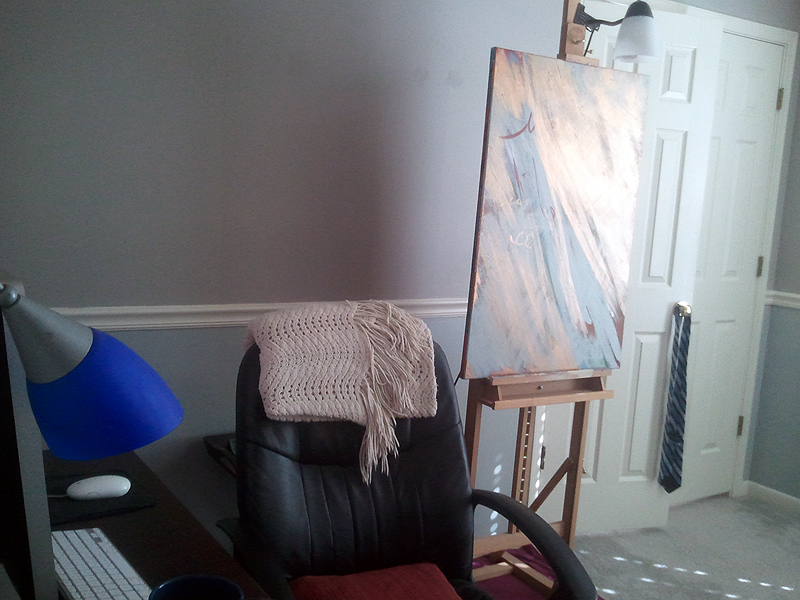 It isn't as though I ever have anything else to do, anyway. Well, there is a NaNoWriMo regional dinner tonight, but I changed my r in the RSVP because...

I also have the Malaise. This is an illness I contract about twice each cold weather season, and it's hard to explain. It's not quite a cold, not quite a flu; worse some seasons than others. Last year I first got it in late November and it turned into an extended bout with bronchitis. Probably mild pneumonia, but, like childbirth, the details are lost now.

It starts with a headache, and some throat drainage. Then a slightly drippy or stuffy nose, heaviness, fatigue. But then it never turns fully into a cold. It rarely produces much of a fever. Yet I spend several days feeling fluish, bedridden part or most of the time, depending. The icky junk stays in my throat, sometimes wanders down to my chest, and eventually wanders off.

I think this'll be a mild one if I'm careful. So in a way it's a boon. I made sure the boys could feed themselves all weekend if I can't do it, though I'll try. I had one of them bring the iMac up here (now sharing it with only one of them, and he was warned he'd have low access this month,) along with clear juice, water, coffee, pain reliever. 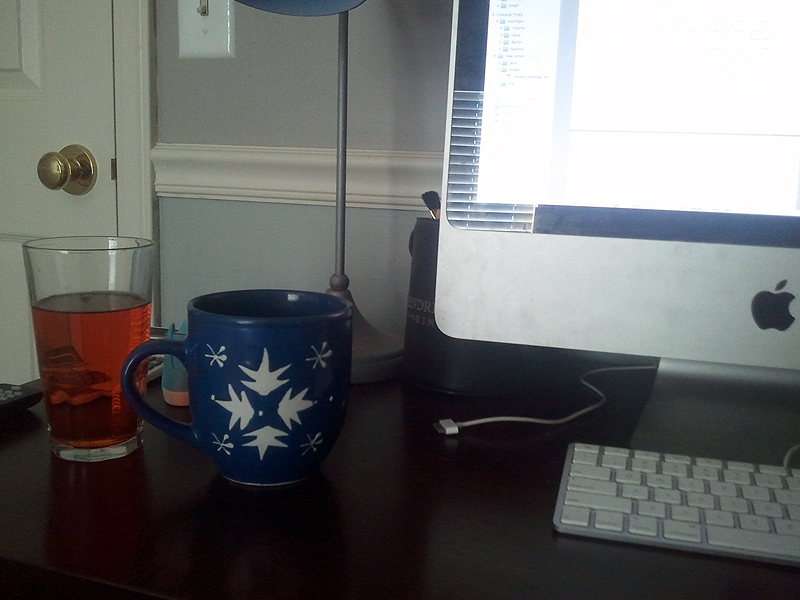 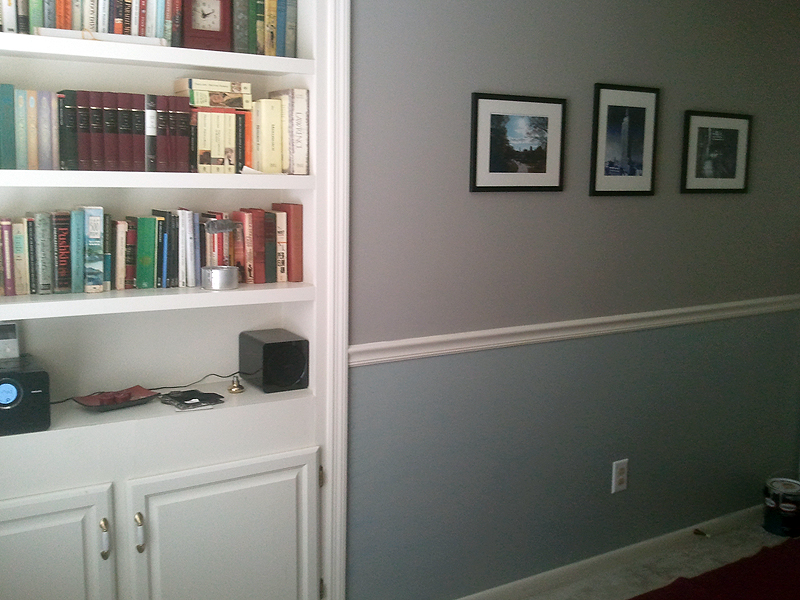 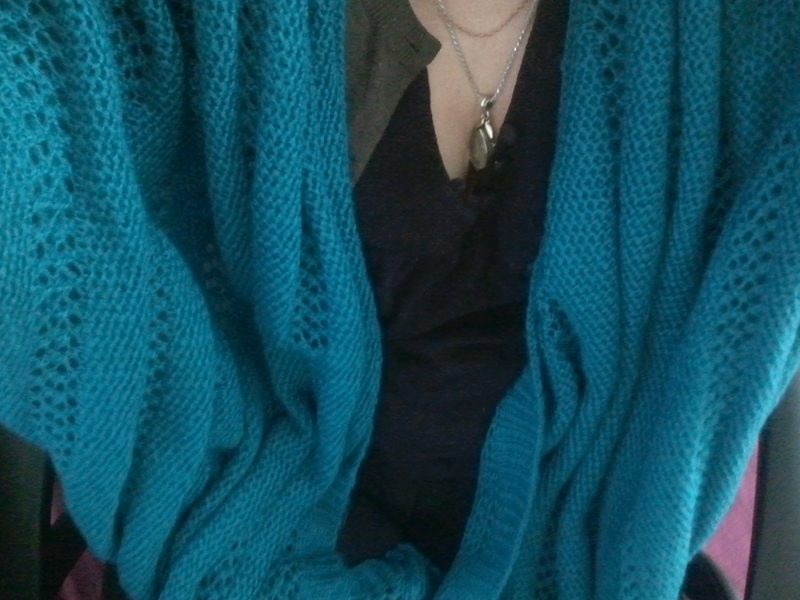 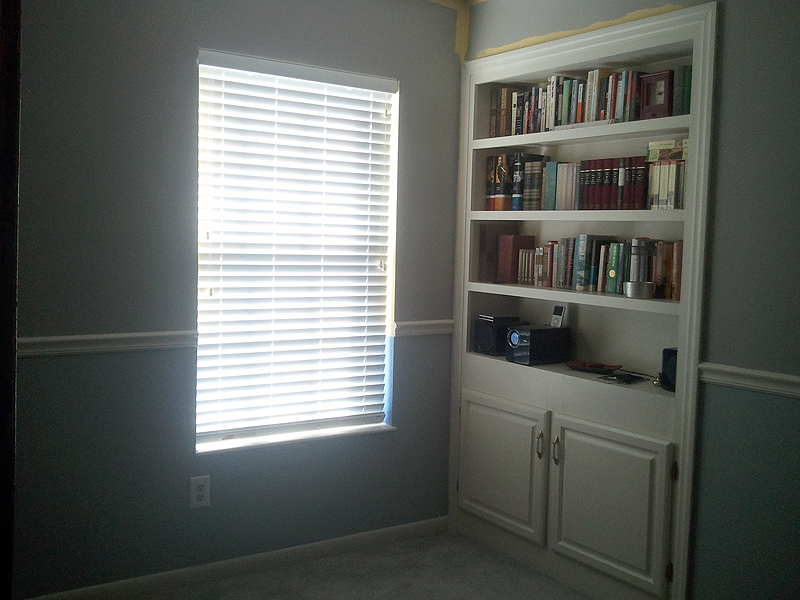 Except I feel sort of shaky and quivery and stuff, so I don't know. I mean, I gotta do this thing.

It matters to me. Just gotta put my head down sometimes.

And there's a William Holden movie on in a couple hours. I've set it to record, but you know, if I need a break, that'll be a good one to have...I mean, it's mostly about jets, but they're really cool, and the scenery is cool, and he is very, very pretty. I picked a negative review on purpose, but it's actually an okay movie. Jim Garner has 2 or 3 minutes of pretty face time, in his first movie role.

Not to continually digress or anything.

On listening while not writing...

Jack walked into his house that afternoon to hear strains of "Blue Rondo A La Turk" coming from the den. He knew what that meant; his mom was in a reminiscent mood, missing his dad. Jack's dad was a huge Dave Brubeck fan, and whenever Ann got to feeling sentimental, maybe a little sorry for herself, she pulled out his old records. When she was in a more cheerful mood, she played Herb Alpert.

While listening to this music.

I had iTunes on shuffle. I don't keep much of my music on the computer, and didn't have the iPod plugged in, so it was choosing from a list of 1223 songs. And yeah, about a quarter of that is Frank Sinatra.

But, an hour and nine minutes. 76 words. I'm in the wrong sort of mood, and there's too much going on around me, and I got to "The Best is Yet To Come," and oh, man, listening to that through the headphones, the edges of his voice, I mean, you know? I shouldn't even be here right now. I should be out somewhere, living or something, instead of trying to write about it.

Okay, shuffle has done a bounce and is now playing "Mr. Blue Sky" by ELO. Maybe it's trying to tell me something, but I doubt it.

Look, I really love my old blog posts, and I know no one wants to go back and read those on anyone's blog unless they're hilarious, and I'm not hilarious. I am dryly funny or not funny. But do you want to hear "The Best is Yet to Come" and be in that certain mood as well? Go here. About halfway down. Put on headphones; you hear the edges best that way.

I dunno. Maybe I do this thing tomorrow. Too stuck inside myself right now.

So many thoughts, so little time... 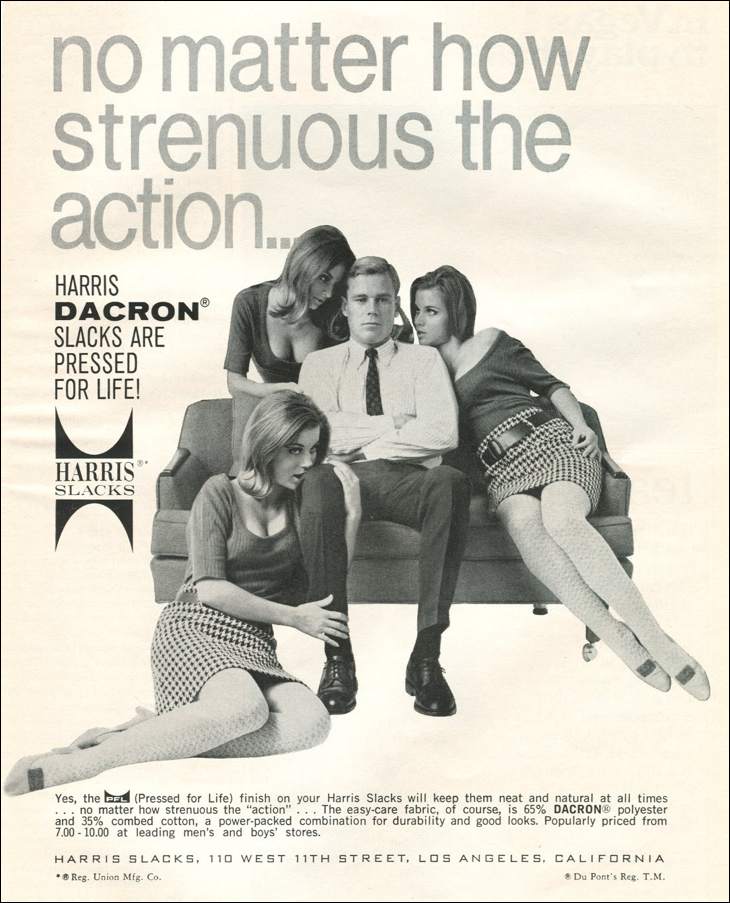 “Must. Stop. Thinking. About. Robert. They’re going to notice and start thinking it’s one of them.”