Yes, as it happens

I took the summer off from most things online. If you know me at Google Plus you can't think that happened, but it did. Google Plus is the neighborhood local, and I felt like staying near home. As it were. I will be getting back to my music memories on September 4, but in the meantime, have other bits of reminiscence on my mind.

Here is a photo taken the day I received First Communion. I called that tree my hand tree, but when I grew up I thought of it as my Jesus Tree. It's important I start getting down how that day was the beginning of a path away from all that tree represented to me, but it requires a lot of mental energy I haven't fully possessed lately. 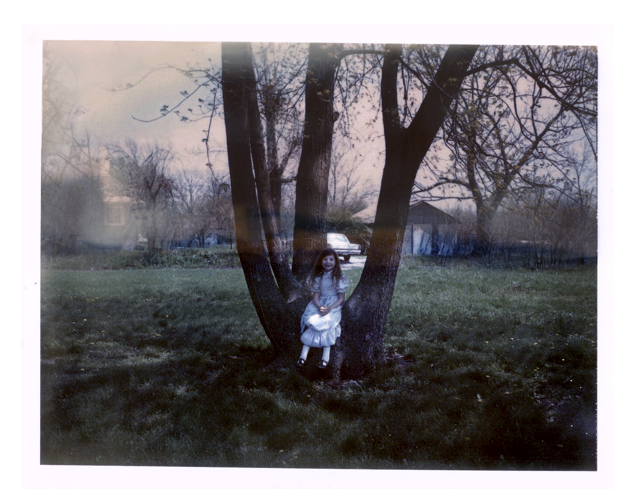 Blame my avid love of reading, the Big Book of Saints I was given that day, too much access to too much church and school and public library, the free New Testament a group was allowed to hand out at school every year; being given far too much independence without a firm foundation on which it could rest. A lack of wisdom or focus or direction from people who were a little too easily misled by the false power of early intellect.

I've been seeking to get back to that tree for the past 13 years. I reached the edge of the desert and then found myself thrust back into it, over and over again. However, I am at about as much peace as I've been in many years; a sort of middle-aged comfy couch of peace, I think. I can do this thing, find that place, and I will, before too much more time passes.