I get the senior citizen discount at Goodwill, though.

There I was, mustering energy to make sloppy joe—thing, with my Kirkland organic ground beef, fresh bell pepper and onion, and basic seasonings, and I got to thinking about the Homefront. Which is a thing I do pretty often. This would be food you could throw together and eat later or whatever, but you'd probably have to grind the meat first, and add soy flour, or use ham, or who knows? You got what they had to sell you, unless you grew it yourself. I had no energy for the cole slaw I was going to make, so the boys are having carrots tossed their way, along with blackberries and unsweetened applesauce. Cole slaw will be good with something else tomorrow. Choices. Anyway. 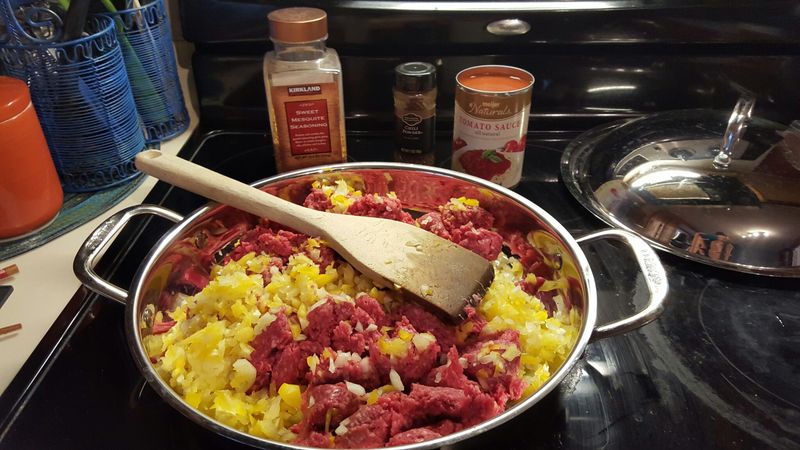 As it lurched toward time to drain the fat and liquid before adding the tomato sauce and seasonings, I remember having read women would save that liquid to use for soup broth. Of course, if there was fat to skim, that was saved for the butcher, who paid for fat by the pound so the government could use it for explosives. But they’d save the liquid, and they’d deglaze their pans to take advantage of cooked goodness, and make room in their tiny freezers so it could be used later. I am not sure what they saved it in. Maybe those weird old ice trays I never understood.

Did you know that rationing here in the U.S. actually got more strict for awhile when the war was over? That’s because even more food had to be sent overseas to feed starving citizens whose previously depended-upon fields and livestock were destroyed or reduced severely over the past six years.

I think about all they did to plan and make do and substitute, just as things had begun to turn around after the Depression, and the government’s ongoing push to get people to eat carefully from all the food groups, and then I think about the extra money they had after the war suddenly being spent on Wonder Bread and Swanson TV Dinners and the new McDonald's Hamburger Restaurants. And they forgot, or wished not to remember, how hard things were. My neighbors remember the war, but they refuse to recycle because they don't want to rinse out cans and bottles. They'd rather spend their (our) energy blowing individual leaves from their yard nine months of the year. It’s hard not to be sort of depressed by that. 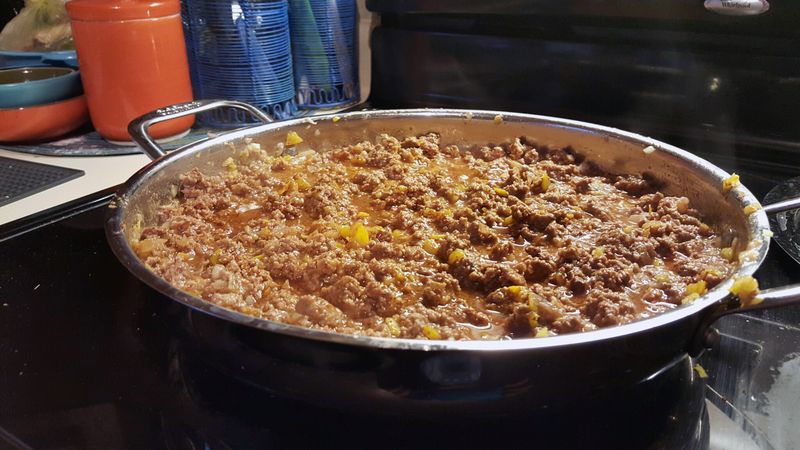 The liquid I drained isn’t really very fatty, and it smells good, beef cooked with onions and peppers, so I added it to a three cup plastic freezer container to use for something later on. It suddenly seemed silly not to. 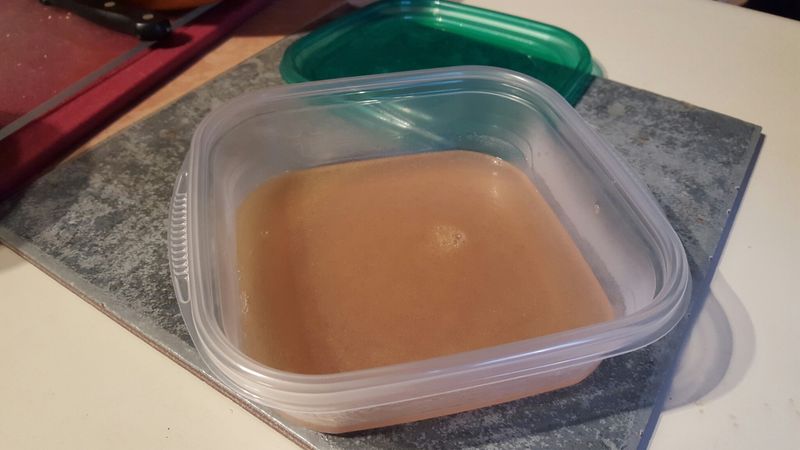