You can get proper breaded pork tenderloin sandwiches in Indiana, Missouri, and Iowa. You might think they're okay elsewhere, but they are not. An exception might be if someone from one of those places brought their cook and pigs to some other place, but not really.

We never got a breaded pork tenderloin during our recent road trip to Kansas City, because we ran out of eating room. So soon we're going to drive to Indiana for one.

There are two real kinds of pork tenderloin sandwich, and one of them is sort of a fancier version, of which I do not wholly approve. It is acceptable, but I'm not driving two hours for that kind.

It's properly served in a plastic basket lined with paper, and accompanied by french fries, onion rings or potato chips, and/or sometimes a little disposable cup of cole slaw, and also sometimes a pickle spear. But it's okay if it's on a plate these days, instead. People don't seem to go in for plastic basket lunches like they used to.

The pork tenderloin circumference should be several times the size of the bun, and it should be hand-breaded or at least coated in bread crumbs. 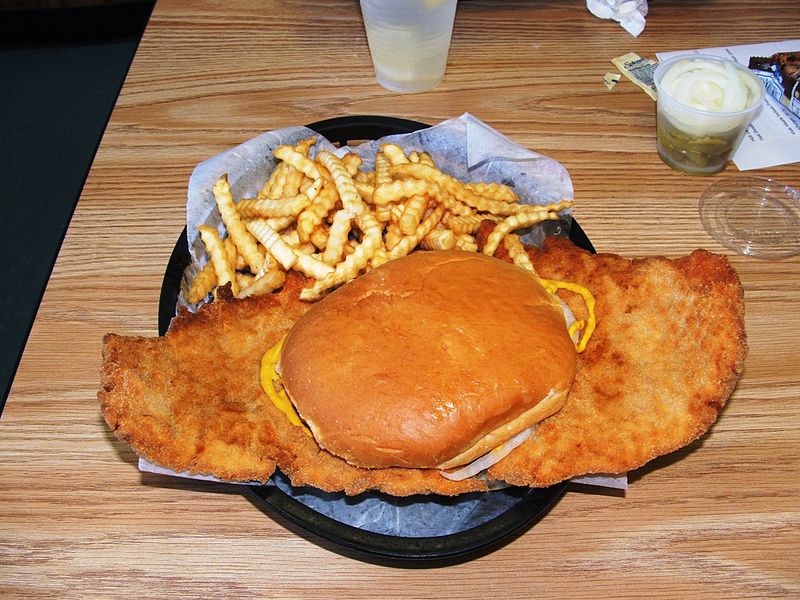 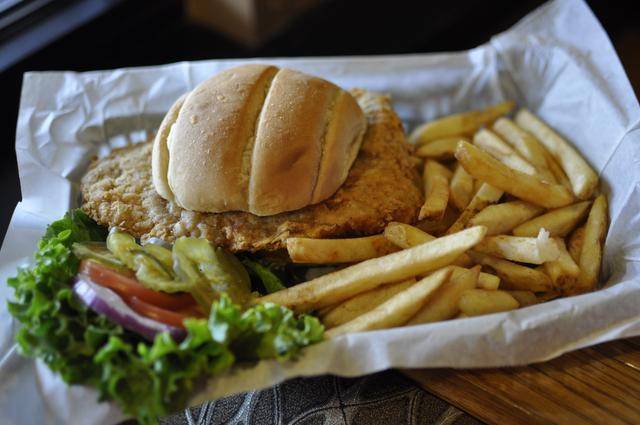 Sometimes people make them thicker so that they are not as big around, and use a batter, instead. I don't think that's right, but it can still be a good sandwich that way. 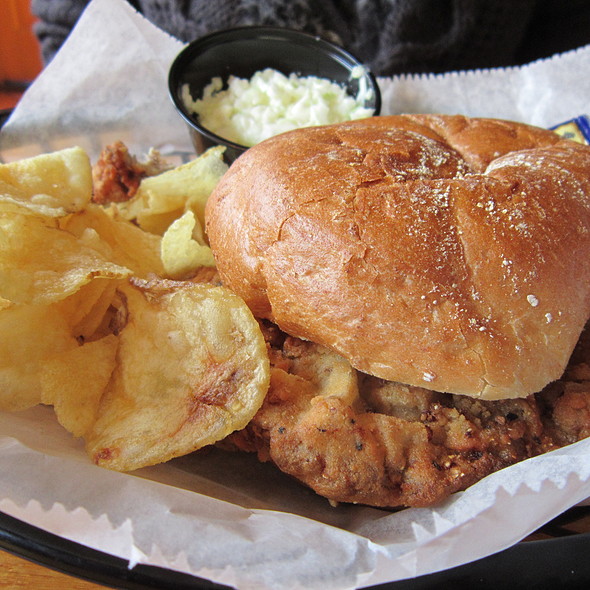 If it's Sunday, you can eat it with gravy and mashed potatoes and green beans, instead of on a bun. I guess. You're really just eating pork schnitzel at that point, aren't you? 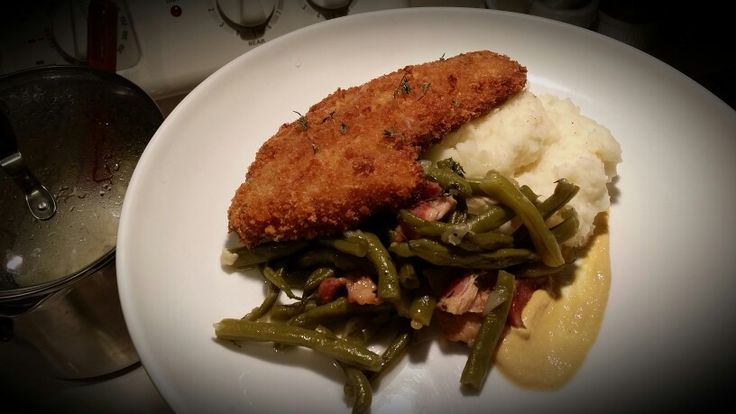 But if you go to a place where they have breaded pork tenderloin which is formed into a neat round patty, don't order that.

The Prime of Life

I kept thinking of things to post and then not posting them. And I thought that once I'd reached 50, there was no need or use for a birthday countdown, but I've had a lot of fun doing them, so who knows? Maybe I will again next year. You can see many of them here and I think I sort of forgot to tag them last year, because last year was dumb, but whatever. There are also a few other June 4 ones. It's my eccentric amusement that might not amuse anyone else, but if it does, yay for that.

So, 51, not exactly an interesting number, but I kept thinking about 17, and 3, and so of course 9, and I had some math planned, only then I remembered quite a lot of my friends online don't actually do math...

And I have been having "compilation shuffle" weekend on the iPod, and thought to share a lot of what that turned up, only I'm sort of tired now, because the weirdest thing has happened: I keep waking between 6 and 6:30 instead of 8, and so I get sleepy really early. I am typing this while sitting in bed, already in a nightgown after my evening shower. I have turned into Grandma Kelly, only with less TV and no poodle.

Thus, I am just going to regale you with photos of my day. Tomorrow I leave to spend several days in Kansas City, and I expect I'll have some stuff to say about that when I return. 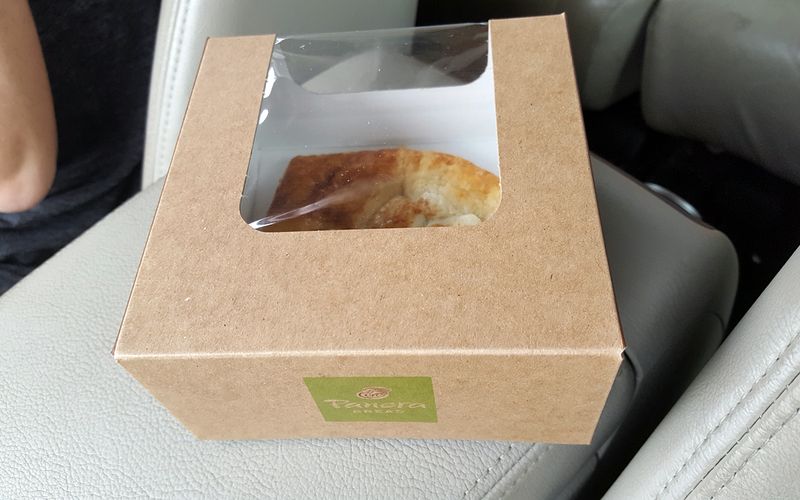 This is a cheese danish I got for free because of how it's my birthday. 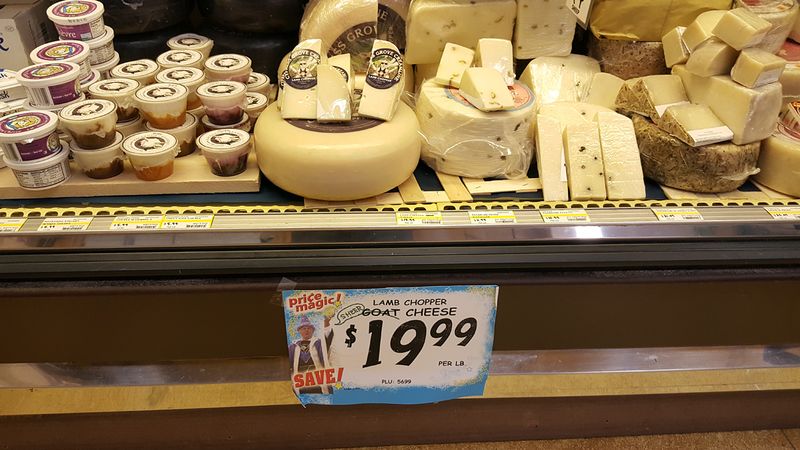 Here is some cheese at Jungle Jim's, with a funny sign in front of it. 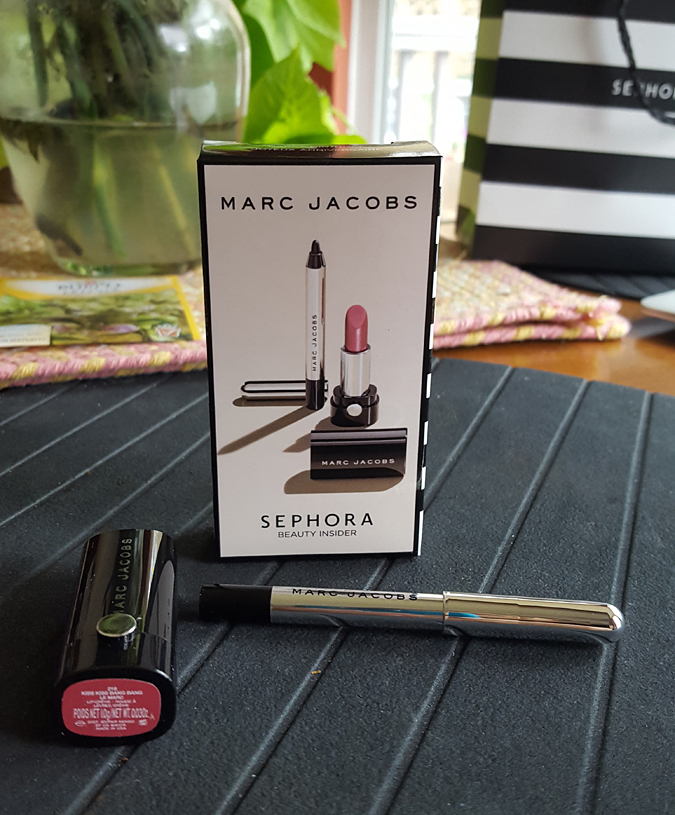 This is my free birthday gift from Sephora. I go to Sephora every year on my birthday and buy myself something and also they give me a thing. 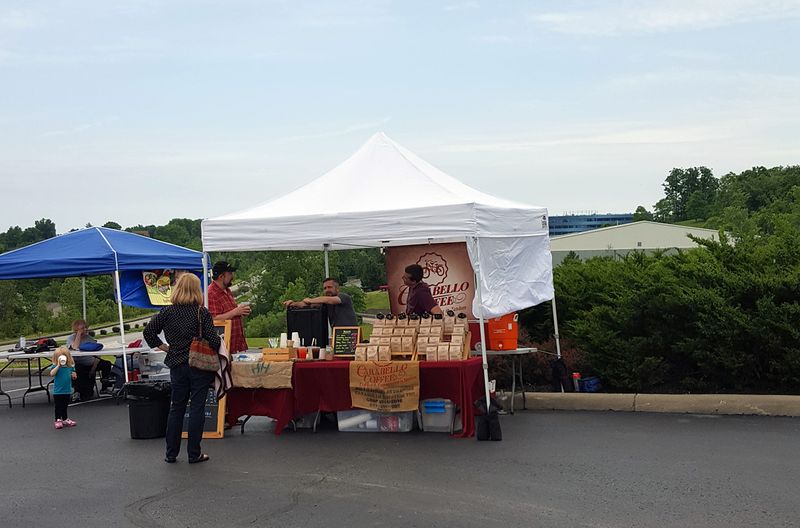 These guys sold me super good iced cold brew coffee, at the Anderson Farm Market. I also got a few plants for the back garden where it's shady most of the day, but not all of it. 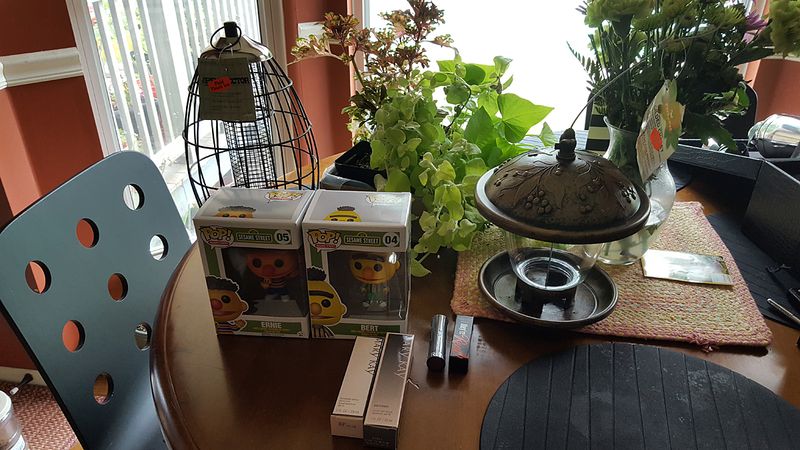 These are the gifts I got me: three plants from the farm market, two new bird feeders, a lipstick and half-sized mascara from Sephora, foundation primer and CC cream from Mary Kay, and Bert and Ernie. 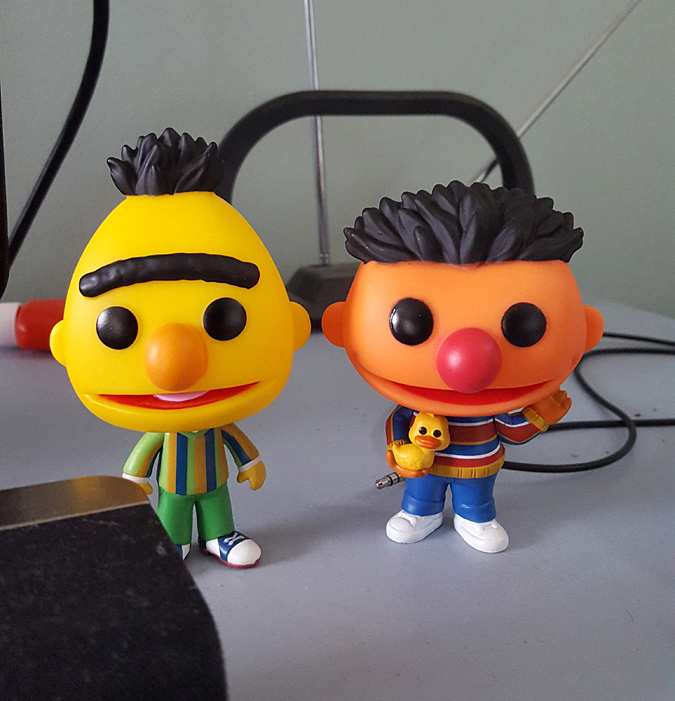 Here are Bert and Ernie. 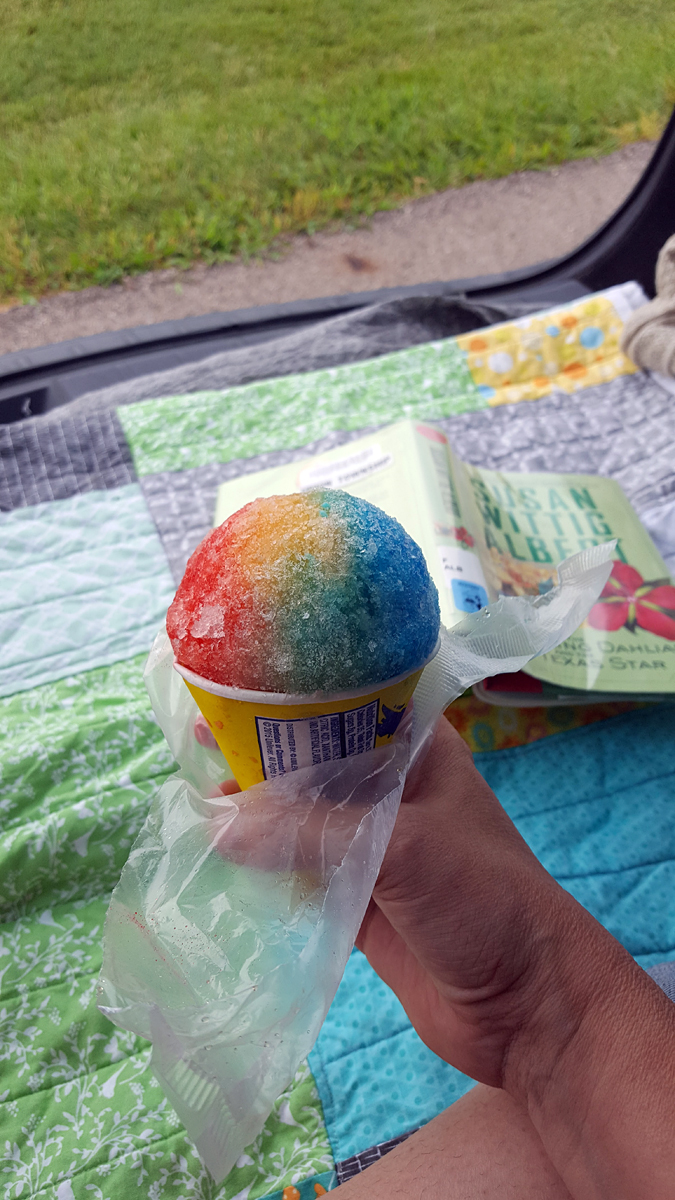 I had a snow cone at Theron's baseball game. 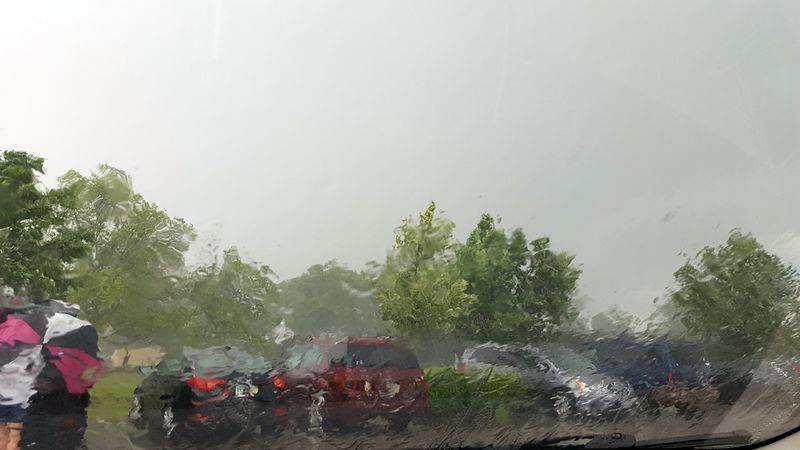 It rained a whole lot. 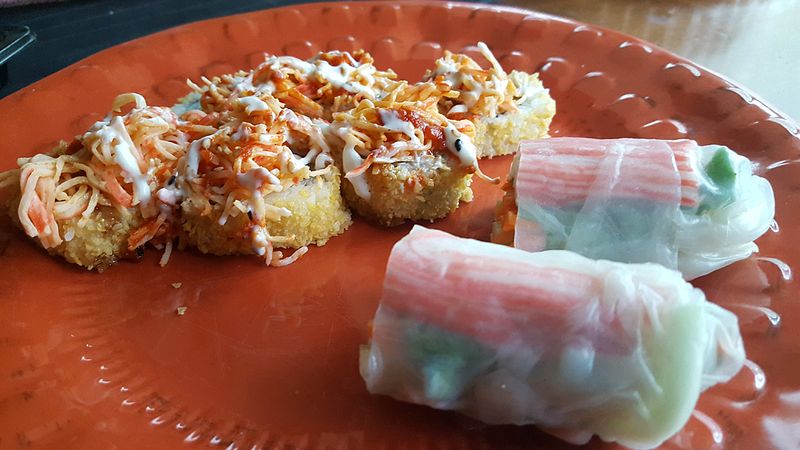 This is what I ate for dinner. And there is Black Forest cake for maybe later on.

And here is a song, because of course there must always be a song. Please listen to it in honor of my presence in the universe. Thank you.